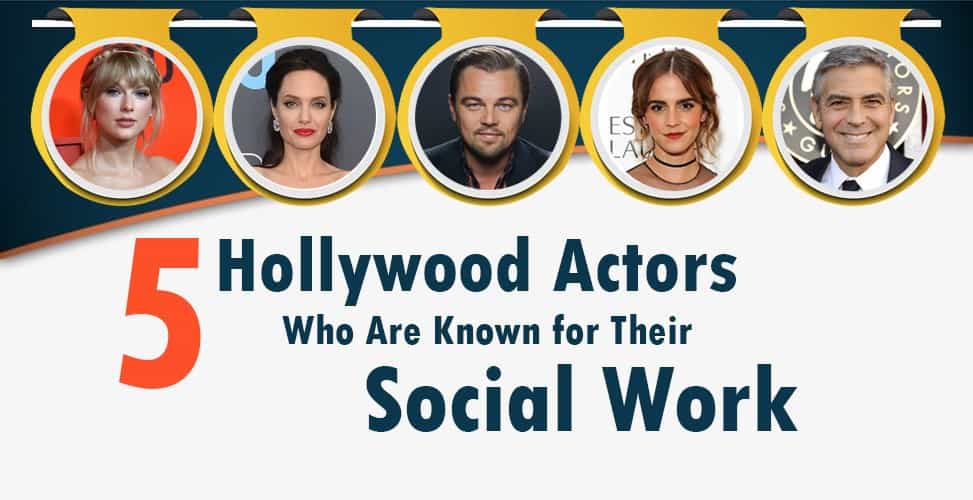 Everyone does not recognize the responsibility that comes along with power and success. A select few celebrities realize their responsibility that is part and parcel of the status they hold in society. They inspire us to do our part no matter how small it is so because you never know the impact a single wave has on an ocean. Hearing about their successful career is motivating but finding out about their work for humanity is genuinely awe-inspiring. The social work these celebs do will surprise you and turn you into an even bigger fan. 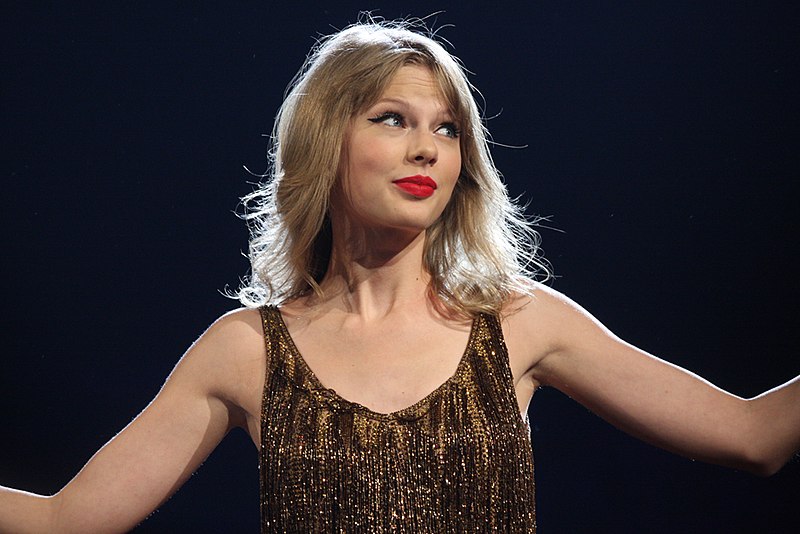 Apart from being an international heartthrob who everybody relates to, Taylor Swift does immense charity work. The American singer-songwriter started young and worked to improve the conditions of people in need. She donated $1 million during the floods of Louisiana and $50,000 to a younger cancer-fighting fan. She also contributes quite often to orphanages and hospitals as part of her charity work.

Angelina Jolie’s social work is known far and wide, and her list of charity work is endless. Apart from being the most beautiful woman in the world, she is an inspiration to all humans. In 2001, she joined the United States High Commissioner of Refugees as a brand ambassador and worked with Syrian refugee families to look for long-term solutions for the resolution of conflicts in the war-torn country.

Leonardo is exceptionally passionate about the environment and established his foundation in 1988, which develops plans for improvement and protection of endangered species. He often promotes his cause on social media platforms and sponsors the efforts of those working towards the same reason. At a young age, Emma has known the heights of success, which made her empowered to talk about gender equality and feminism. She is the presnet UN Women Goodwill Ambassador and has launched the #HeforShe campaign and changed feminism’s perspective by defining it as equal rights for men and women.

George Clooney uses his platform to create awareness about a social cause. He recently raised a million dollars for the southern poverty law center to help them fight hate crimes. He works closely with other celebs to eliminate the genocide happening in Sudan.

These celebrities are the personification of inspiration, so let’s take some from them and do our bit for our home and community.

South Africa Covid variant could be resistant to antibodies
ShareTweetSharePin1   Two major variants of the coronavirus have been detected in the recent past. They are the U.K. strain...
YouTube Suspends President Donald Trump’s Channel For At Least a Week
ShareTweetSharePin1    The final social media bastion has fallen. After Facebook and Twitter banned the President’s...
Walmart and Investment firm behind Robinhood to begin new fintech startup as a team
ShareTweetSharePin1    Retail giant Walmart has teamed up with a venture capitalist firm to form a new startup. The...
Protesters Who Invaded Capitol included an Olympic Gold Medalist
ShareTweetSharePin1    American citizens, horrified by the rioters invading the Capitol, have come forward to identify...
Aaron Sorkin To Direct ‘Being the Ricardos’ for Amazon with Nicole Kidman as Lucille Ball and Javier Bardem as Desi Arnaz
ShareTweetSharePin1      Aaron Sorkin is all set to direct Being The Ricardos after writing the screenplay....
LG OLED TVs get simple upgrades: Are OLED computer monitors the next best?
ShareTweetSharePin1    LG is renowned for its OLED TVs as well as its OLED panels which are used by other manufacturers....
Armed protests likely on and around Biden’s inauguration in 50 U.S. states as per FBI internal memo
ShareTweetSharePin1    A federal law enforcement source told Fox News that an internal FBI memo says that armed...
For the first time ever, Gorillas in a U.S. Zoo test positive for Covid-19
ShareTweetSharePin1      Primates at the San Diego Zoo safari park  have tested positive for the coronavirus....
Popular Footwear Brand Dr. Marten’s Planning London IPO
ShareTweetSharePin1   According to a filing, in London, on Monday, iconic footwear brand Dr. Martens is planning to go...
Businessman and Billionaire Sheldon Adelson Dies
ShareTweetSharePin1   Respected businessman Sheldon Adelson was born on August 4th, 1933.  He died  on January 11th, 2021....
Sheryl Sandberg, Facebook’s CEO says riots planned on other social media sites
ShareTweetSharePin1       During a streamed interview with Reuters Sheryl Sandberg, CEO of Facebook said that...
Michael B. Jordan and Lori Harvey are an official couple after posting pictures on Instagram
ShareTweetSharePin1   The sexiest man alive has said that he is in an official relationship after months of speculation....
Pope Francis prays for those who died in the U.S. Capitol Riots: Encourages Americans to Safeguard Democratic Values
ShareTweetSharePin1    On Sunday Pope Francis offered prayers for all those who died during the riots at Capitol. He...
Justin Thomas uses anti-gay slur at Tournament of Champions: Apologizes and says missing putt may have made him lose judgement
ShareTweetSharePin1   On Saturday, a broadcast microphone picked up Justin Thomas’ use of an anti-gay slur. This happened...
China to allow WHO scientists’ entry to investigate Covid-19 origins on Thursday: Earlier Ban by China had brought in cover-up accusations
ShareTweetSharePin1       The National Health Commission (NHC) China released a one sentence statement saying that...
Sund, Ex-Capitol Police Chief Said Requests for National Guard was Rejected 6 Times in Riots
ShareTweetSharePin1      Steven Sund, the Chief of Capitol police,  stepped down from his post  after the riots...
Reports say Prince Harry & Meghan Markle to meet royals this year for a parade, the first meeting since they moved away
ShareTweetSharePin1     The royal family, in Britain, is preparing for the Queen’s annual birthday parade in London....
Elon Musk Recommends the Signal App instead of Facebook
ShareTweetSharePin1    Tesla and SpaceX CEO Elon Musk is no stranger to Twitter, and his tweets sometimes go viral....
Eight Essential Strategies That Founders Should Follow To Improve Their Startup Culture
ShareTweetSharePin1  Leaders and founders always want more efficient workplaces. They are in a position to set the cultural...
April 2021 possible launch time for new Apple iPhone SE edition and AirPods Pro
ShareTweetSharePin1    There are new details about Apple launches  shared on the Japanese blog Mac Otakara. Earlier on...
Parler, an App that is filled with Trump supporters, loses support from Tech Giants
ShareTweetSharePin1  After the riotous behavior of the mob that was instigated by posts on Facebook and Twitter, the two...