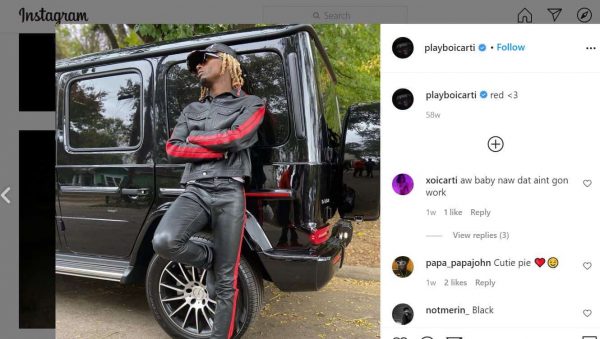 As a follow up to his popular album Die Lit, which was No. 3, on the US Billboard 200 Chart, American rapper  Playboi Carti  has officially announced that he will drop his latest album titled Whole Lotta Red on Friday, December 25, Christmas Day. He has added a pre-order link and plans to drop some merch as well. He has been unfortunate in his career as many of his tracked have been leaked online before official releases.

Way back in August 2018, Carti had first unveiled this title, “Whole Lotta Red.” In an interview with GQ in March 2019. The rapper had mentioned that Virgil Abloh, would be the creative director of this album.

Carti told Ben Dandridge-Lemco – THE FADER, that he had begun working on “Whole Lotta Red” at the end of 2018. The album was recorded at DJ Drama’s Mean Street Studios in Atlanta as well as at his home. In April he released @MEH.

In 2019, he had a few guest appearances including Solange’s “Almeda” and Mustard’s “Baguettes in the Face.”

He featured in Tyler, the Creator’s “EARFQUAKE” and SAFE’s “Paid in Full.” He also collaborated with Offset for “100 Racks.” 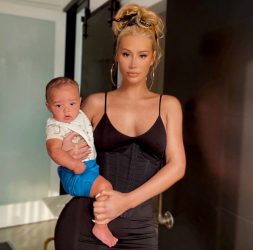 Australian rapper Iggy Azalea announces split with boyfriend, baby daddy and American rapper Playboi Carti on Instagram this weekend. The rappers have been dating from the past two years. There had been hints of a split earlier in... Continue reading Iggy Azalea To Raise Son Onyx As A Single Parent After Splitting With Baby Daddy Playboi Carti


BBQ’d Portobello Sliders made up of fruits, vegetables, whole grains, and healthy fats 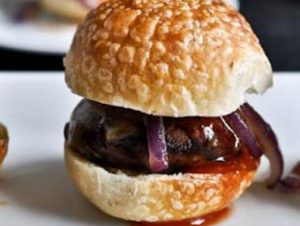 I’m not a meat eater. I haven’t been for years – make that about 15 years, but who’s counting?! Although I would eat chicken or turkey every now and again (until ~5 years ago), and I still eat fish, hamburgers have long been off my food... Continue reading BBQ’d Portobello Sliders made up of fruits, vegetables, whole grains, and healthy fats