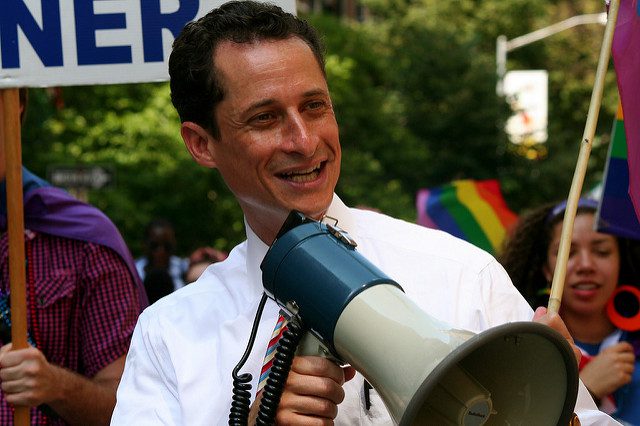 Anthony Weiner is yet again in the limelight and in a more negative way than ever before. He has pleaded guilty in federal court today to sexting with a teen that is 15 years old. He admits “ I have a sickness, but I don’t have an excuse”. His plea agreement will allow the judge to decide if he can stay in jail for not more than 27 months, but will have to register as a sex offender.

Weiner’s family was in court with him. He has been released on bail and upon leaving the court did not take any questions from reporters. The judge could sentence him up to ten years in prison for this ” Federal Obscenity Charge.”

Sexual scandals rocked Weiner right out of his career when he represented the Democratic Party in the Brooklyn and Queens congressional district for about 12 years.