On Friday, President Elect, Joe Biden unveiled an ambitious vaccination plan which he referred to as a “bold” one. It envisages to meet his goal of 100 million vaccinations in 100 days of office at the White House. He was giving a speech at Wilmington, Delaware, his hometown.

He said the current vaccinations efforts of the Trump administration in the U.S. “has been a dismal failure so far.”

According to the CDC only 10.6 million Americans have received at least one dose of the vaccine against the target of 20 million by the end of December.

To date about 390,000 people have died across the nation since the COVID-19 pandemic began almost a year ago. The number of people who have been infected are currently more than 23.4 million and on Tuesday a new one-day high of over 4,300 deaths was reached.

Biden has proposed the following steps to reach the vaccine goals: 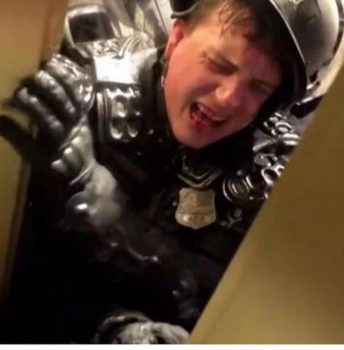 Last Wednesday, Officer Michael Fanone was on desk duty. With the riots happening in the Capitol, he joined his fellow officers to try to bring some semblance of security but was beaten up.   Fanone, was in a narrow hallway when... Continue reading Police Officer Recalls Capitol Riots Horrors Being Crushed in Doorway by Rioters Warning: Disturbing Video


Nothing quite compares to the rustic smell of apples cooking with butter. Add a sprinkle of sugar here, a drizzle of berry sauce there, and what you have in the end is pure magic!! Enjoy!! Ingredients For Mixed Fruit Bake you will need: 2... Continue reading A Simple Sweet Mixed Fruit Bake!!!