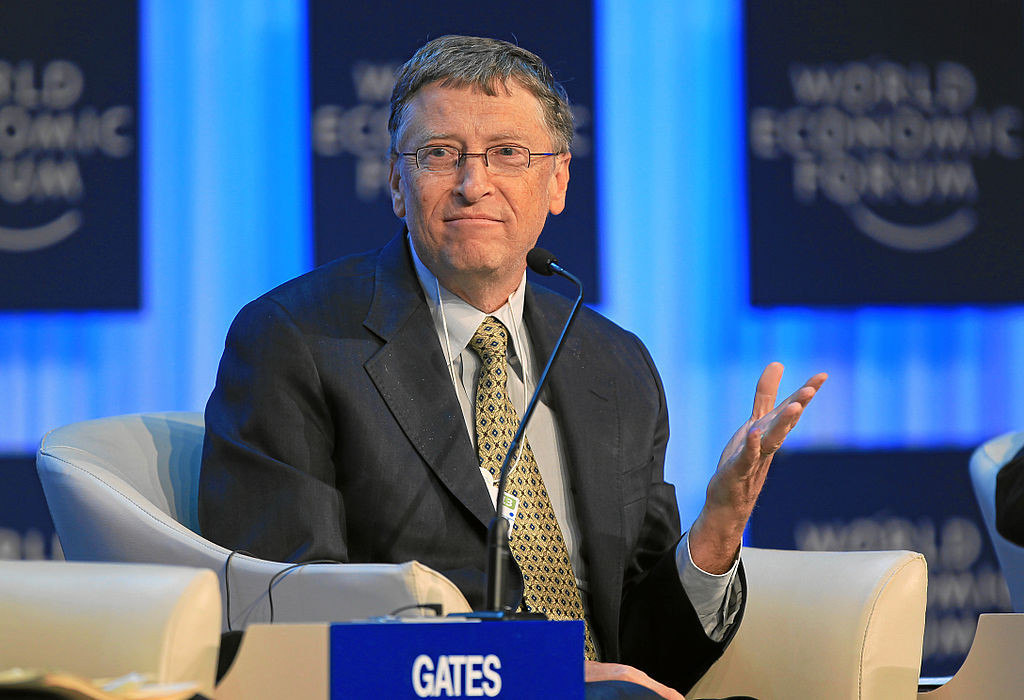 On Sunday, the billionaire Microsoft founder Bill Gates voiced his predictions regarding the COVID-19 Lockdowns. During an interview with CNN’s Jake Tapper, he revealed that he expects the lockdowns will continue into 2022 and restaurants will remain closed for the next six months.

His statement follows the new wave of COVID-19 cases, hospitalizations and deaths reported in the U.S. in the past week.

When asked how bad he thinks the COVID-19 crisis before vaccines become widely available, Gates said: ‘Well, sadly, the next four to six months could be the worst of the epidemic.

‘Forecast shows over 200,000 additional deaths. If we would follow the rules in terms of wearing masks and not mixing, we could avoid a large percentage of those deaths. So in the near term, it’s bad news.’

He has also signaled his support for drastic restrictions, which includes the stay-at-home order from the California Governor Gavin Newsom.

‘Well certainly mask-wearing has essentially no downsides,’ Gates said. ‘Bars and restaurants in most of the country will be closed as we go into this wave, and I think sadly that’s appropriate.’

‘You don’t want somebody you love to be the last to die of coronavirus,’ he added.

‘Tradeoffs will have to be made, but the next four to six months really call on us to do our best because we can see that this will end,’ he said.

To Tapper’s question, ‘When do you think life will fully return to what we thought of as normal back in January? No masks, no social distancing, no other protective measures necessary.’

Gates replied: ‘Certainly, by the summer we will be way closer to normal than we are now – but even through early 2022, unless we help other countries get rid of this disease and we get high vaccinations rates in our country, the risk of reintroduction will be there.

‘And, of course, the global economy will be slowed down, which hurts America economically in a pretty dramatic way.

‘So we will have, starting in the summer, about nine months where a few things like big public gatherings will still be restricted.

‘But we can see now that somewhere between 12 to 18 months, we have a chance, if we manage it well, to get back to normal.’

Tapper mentioned how the Bill & Melinda Gates Foundation has announced a new $250million pledge to fight the pandemic, in addition to the $1billion that it has previously rolled out.

According to Gates, the funding would be for creating vaccines around the world.

Tapper cited the from Pew Research Center poll that reveals that only 60% of Americans intend to get vaccinated, asking: ‘How worried are you about the reluctance of Americans to take a vaccine, particularly among minority communities?’

‘I think we have a real communications challenge that you’ve got to find out who do people trust, make sure they have got the data,’ Gates replied.

‘I hope as people see it – this  vaccine rolled out and reducing the death rate, reducing transmission to people you care about, that that 60 percent number will go up.

‘The track record will be developed and I think we will get over the 70 percent that should reduce the transmission dramatically.’

Gates intends to join several other American leaders in taking the vaccine publicly in an effort to help convince people that it is safe to get vaccinated.

‘When my turn comes up, I will visibly take the vaccine because I think that it’s a benefit to all people to not be transmitting,’ he said.

To Tapper’s concluding question: ‘How do you think history will ultimately judge the US response to the pandemic?’

‘Well, the US would have been expected to be the best,’ Gates said. ‘Sadly, before the epidemic, in the first two or three months of the epidemic, we didn’t get on top of it like many countries did.

‘Figuring out where we need to change things, these postmortems the next year, will guide us, but it’s a tragedy we weren’t able to respond like we could have.’