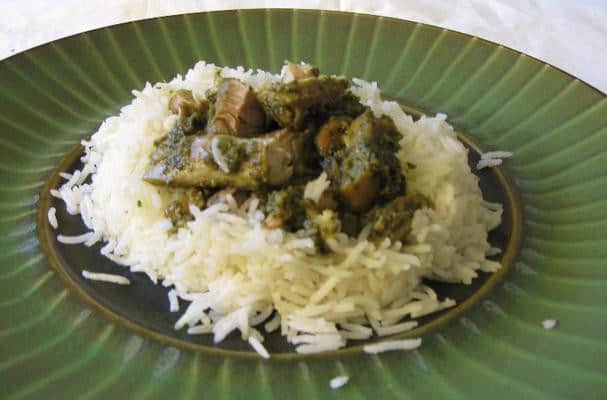 My girls started school few weeks ago and I have been meaning to write a post to share their experience.

My feelings and emotions have been exciting and stressful…

Exciting… because it’s a new year that celebrates a new milestone.

Luckily they both got great teachers and seem to be loving school. Ariana made a great impression with her pink and purple arm cast and Anabelle has been her shield and playing the perfect role of a “big sister.”

It’s been pretty hectic at our house… Once we all get home, we are on a schedule hour by hour . Eat, homework, shower, bedtime, pack lunch, prep dinner, get online, try blogging… then repeat.

I have been quite obsessed with Indian cuisine lately thanks to Aarti Sequeria from Aaarti Paarti. I just want to try every recipe that airs on her show… I guess because I have not had any fails with any of her posted recipes on Food Network thus far. In addition, I love trying the new called out spices and ingredients. I feel like I am learning while cooking. I am truly enjoying the experience.

I decided to make the minty curry chicken dish for my girls for a great start in the school year. When I started prepping and cooking up the minty masala for the chicken, my kitchen was smelling so so good… so good, that my neighbor wanted to know what I was making. She was able to smell it from outside. I told her I will bring her some food once I was done.

I did not have to make any changes on her recipe. I thought it tasted perfect just the way it was… and so did my hubby, girls, and not to forget our beautiful neighbor. My only note would be to make sure to season with salt and pepper and adjust seasoning as you’re following each step of the recipe. Also, if you’re like me and don’t like too much fat on your meat, I suggest to clean out the fat before starting any cooking activity.

1. Add the cilantro, mint, red onion, garlic, ginger, and salt, and pepper, to taste, to a food processor or blender. Puree on high until smooth. With the processor running, add about 1/4 cup water, and blend until the mixture is the consistency of a thick paste, a.k.a. “masala”. Set aside.
2. In a large pot or deep skillet heat the olive oil over medium heat until shimmering. Add the shallot and cook, stirring often, until golden brown.
3. Add the spices and cook for 30 seconds. Pour the masala mixture into skillet and cook, stirring often until it deepens in color and aroma. You’ll know it’s ready when it looks shiny, little droplets of oil will appear on the surface, and the masala will hold together as a cohesive mass.
4. Add the chicken, coating every piece in the masala and stirring often. Continue to cook for 5 minutes, so that the masala really adheres to the chicken. Add about 1 1/2 cups water, just enough to cover the chicken, and the vinegar. Bring to a boil, and then reduce the heat and simmer, uncovered, until the chicken is tender and sauce has thickened slightly, about 20 to 25 minutes.
5. Remove the pan from heat and stir in the yogurt. Taste and adjust seasonings, if needed. Transfer the mixture to a serving dish and serve over rice or with warm naan bread.
Credit: Foodista

Amazing Braised Beef Short Ribs
Braising is one of those words that scares home cooks away from many recipes. You probably have braised a hundred times and did not even know you...
Alouette Chicken Paprika
Alouette Chicken Paprika can make any boring weeknight gourmet and delicious! Ingredients 4 boneless chicken breasts halves 8 teaspoons paprika 2...
Alouette Chicken Dijon Recipe
This is just great for a quiet evening at home or would make for an impressive dinner party! Ingredients 2 tablespoons olive oil 6 chicken...
All Day Simple Slow-Cooker FALL OFF the BONE Ribs!
I simply dare you to find an easier way to make INCREDIBLE, tender, flavorful, FALL OF THE BONE RIBS! I Double Dog Dare you. I’m not kidding when I...
All American Sloppy Joes
A sloppy joe is an American dish of ground beef, onions, sweetened tomato sauce or ketchup and other seasonings, served on a hamburger bun....
Albóndigas With Tomatoes and Peas
All over the world you will find meatballs, but these Albóndiga of Spain have a Moorish origin with a generous use of delicious spice. These are...
Alaska pollack fish cakes
Delicious fish cakes ideal for lunch or supper. Make it the day before up to step 6, then proceed the next day. Saves time! Ingredients 400g Alaska...
Zucchini Fritters Recipe
DESCRIPTION: Those who say you can never have too much of a good thing have never had a bumper crop of zucchini. Trust me, you can only eat zucchini...
Steak with Mushrooms, Thyme, and Sweet Potatoes
DESCRIPTION: The sweet potato side dish adds a lovely sweetness to complement the umami-packed steak. Ingredients 5 Tablespoons of olive oil (75...
Slow Cooker Lamb Beet Meatballs Recipe
DESCRIPTION: This tasty, hearty dish combines earthy flavor from the beetroot with the sweetness of carrot. It’s a great option for weeknights...
Shrimp Fried Rice
DESCRIPTION: This aip shrimp fried rice dish is so fresh and flavorful you’ll never miss takeout again! Ingredients 0.5 lb of shrimp (225 g),...
Shepherd’s Pie
DESCRIPTION: This shepherd’s pie uses mashed sweet potatoes to replace the traditional white potato topping. Ingredients 2 Tablespoons (30 ml)...
Pan-Seared Duck Breast Recipe with Orange Sauce
DESCRIPTION: Duck and orange have been living harmoniously since they first co-starred in the French dish, Duck a l’Orange. Ingredients 2 duck...
Loco Moco Burger
This is no ordinary burger. Take one bite of this satisfying, deeply flavored version of the Hawaiian classic and you’ll want it in your regular...
Lemon Thyme Chicken Recipe
DESCRIPTION: The lemon thyme chicken recipe makes the dish pop. While a simple salad will work on the side, I’ve got some fancier ideas in mind....
CWEB Breaking News CWEB Business News CWEB Celebrity and Fashion News CWEB Health News CWEB Politics News CWEB Science and Technology News CWEB Sports News CWEB US News CWEB World News CWEB Cooking Recipes CWEB Movie and Music News
%d bloggers like this: