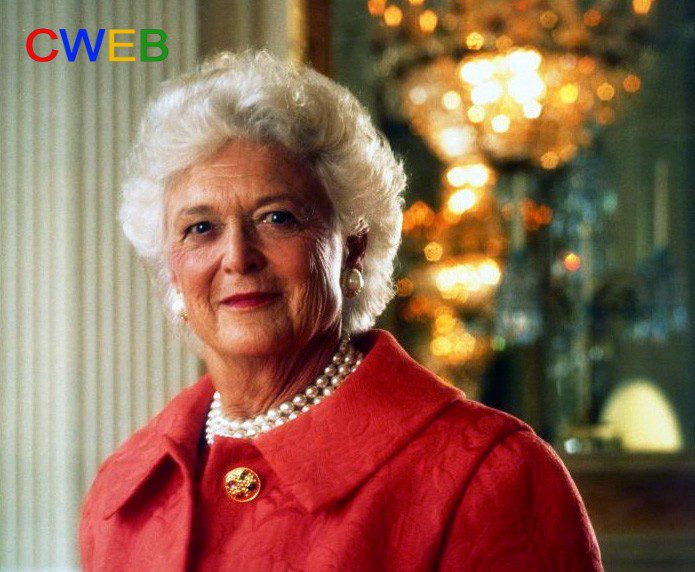 Her diseases have progressed in the past couple of days. She has opted for care at home and has decided not to return to the hospital. This is a very difficult time for the family. Former President George H. W. Bush and their daughter Doro, along with her sons Marvin and Neil are at her bedside.

Barbara Bush wife of George H. W. Bush, served as the 37th First Lady of the United States from 1989 to 1993. Since the Former President George W. Bush left the White House, they have raises more than a billion dollars for charity, specifically for the of cause of literacy.

Former President George H.W Bush quotes in his book, “All the Best” “We are two people, but we are one.” The two have been married for 73 years.

We wish the Bush Family our sincere prayers at this difficult time.