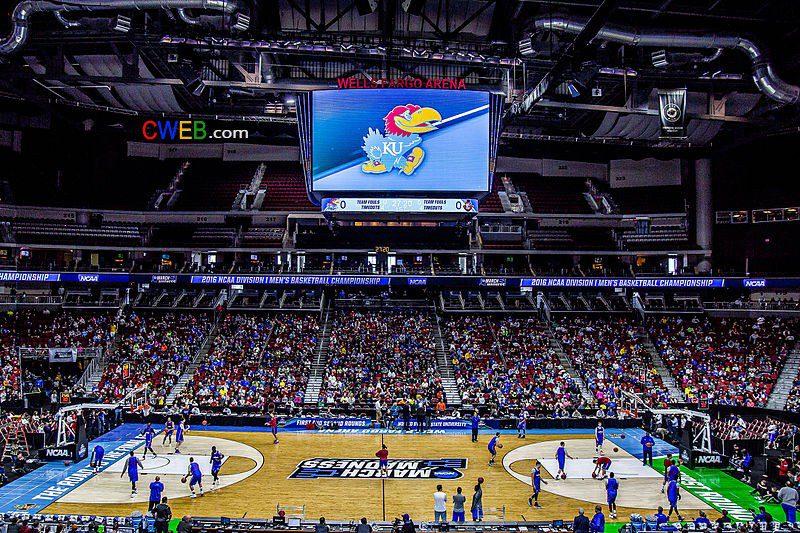 The man responsible for making March Madness the moneymaking bonanza it is today – CWEB.com

In a legendary “South Park” episode lampooning the NCAA, the character Eric Cartman asks a university president if he can purchase some of his “slaves” – er, “student-athletes” – who play men’s basketball.

“How do you get around not paying your slaves?” Cartman wonders.

The outraged university president kicks Cartman out of his office. But if the president were being honest, all he would have to do is utter one name: Walter Byers.

Byers served as the NCAA’s first executive director from 1951 to 1988. During this period, the NCAA evolved from an insignificant advocate of athletic integrity into an economic powerhouse.

One critical piece of this growth was the creation of a narrative about the amateur purity of college sports. Walter Byers, who made “student-athlete” part of the American lexicon, played a central role in this enterprise. The NCAA, meanwhile, would become increasingly reliant on March Madness to finance its operations.

Cashing in on March Madness

Contrary to popular belief, college football provides the NCAA with almost no revenue.

A landmark 1985 U.S. Supreme Court decision found that TV revenues for college sports would go to the various athletic conferences rather than to the NCAA. The NCAA still “regulates” college football. It just doesn’t get a piece of the pie.

The same is true for regular season and conference tournament college basketball games. Only March Madness makes money for the NCAA since it is run by the NCAA and schools are “invited” to play in it. Indeed, for many years schools often chose to play in the more prestigious National Invitation Tournament, which, since it was held in New York City, received much more of the media attention that colleges craved.

By the end of the 1960s, though, the NCAA tournament started to become more appealing to colleges than the National Invitation Tournament. Under Byers’ quiet direction, the NCAA invited a larger number of teams to its tournament and paid all of their expenses. This subsidy was made possible by the organization’s then-significant broadcasting revenue from college football (which would subsequently end in 1985). The National Invitation Tournament couldn’t compete with this business model and eventually faded to second-class status.

Just how important is March Madness to the NCAA’s current financial health?

The annual tournament generates roughly US$900 million per year, good for over 80 percent of the NCAA’s total annual revenue. The NCAA uses the bulk of its income to run the organization, give payments to conferences and subsidize nonrevenue sports championships. Even so, the NCAA accumulated a surplus in 2014 of $81 million. Tournament revenue is slated to reach $1.1 billion per year after 2025.

It wasn’t always that way. In the 1970s, the tournament itself probably cost more than it made, although there is only scant anecdotal data on this. In 1982, the tournament generated about $17 million per year. Thus, tournament revenues increased 5,200 percent over 35 years, significantly outpacing inflation over that same period.

Expanded competition for broadcasting rights, fueled by the birth of cable channels like ESPN, turned this once sleepy tournament into the NCAA’s organizational cash cow.

The ‘student-athlete’ is born

But this moneymaker might not have developed at all if Walter Byers hadn’t coined the term “student-athlete” in the mid-1950s.

The term emerged as the NCAA defended itself in a worker’s compensation claim by the widow of Ray Dennison, who had died in 1954 while playing football for Fort Lewis A&M in Colorado. His widow likened college football to a full-time job, and argued that his death should be covered by state labor laws.

Byers and the NCAA’s lawyers countered that Dennison was a “student-athlete” participating in an extracurricular activity that just happened to be more dangerous than, say, singing in the glee club. The courts agreed with the NCAA.

Regrets, he had a few

Whether or not there really is such a thing as a “student-athlete,” the idea behind the phrase has served the NCAA well for over 60 years.

It allows the NCAA to advertise college basketball as a fundamentally different product than professional basketball – and a better product at that. They can say that March Madness isn’t filled by professional athletes and team owners only interested in making a buck. Rather, the participants are student-athletes who simply love playing the game.

Throughout the tournament, the NCAA will regularly tout the fact that 97 percent of student-athletes won’t become professional athletes. Video vignettes air during commercial breaks and on jumbotrons reminding fans that these players ask questions in class and will one day put away their uniforms and sports equipment in favor of lab coats and briefcases.

But the student-athlete moniker isn’t just about selling a product. It’s about maximizing the revenue from these products. By claiming that college sports is educational rather than commercial, the NCAA can maintain its IRS 501(c)(3) tax-free status. If subjected to federal and state taxes, the $880 million of March Madness revenue could be reduced by 40 percent or more. (The NCAA also doesn’t pay property taxes on its palatial headquarters in Indianapolis.)

One of the great ironies in all this is that Walter Byers eventually learned to loathe the college sports behemoth he helped create.

In his 1997 autobiography, Byers lamented that modern college sports were no longer a student activity – that they had instead become a high-dollar commercial enterprise. He argued that athletes should have the same rights as coaches and be able to sell their skills to the highest bidder.

In short, he came to agree with Cartman: The term “student-athlete” is merely a euphemism used to ensure schools and the NCAA can maximize their profits.