Dodgers aim to ignite offense in series opener vs. Tigers 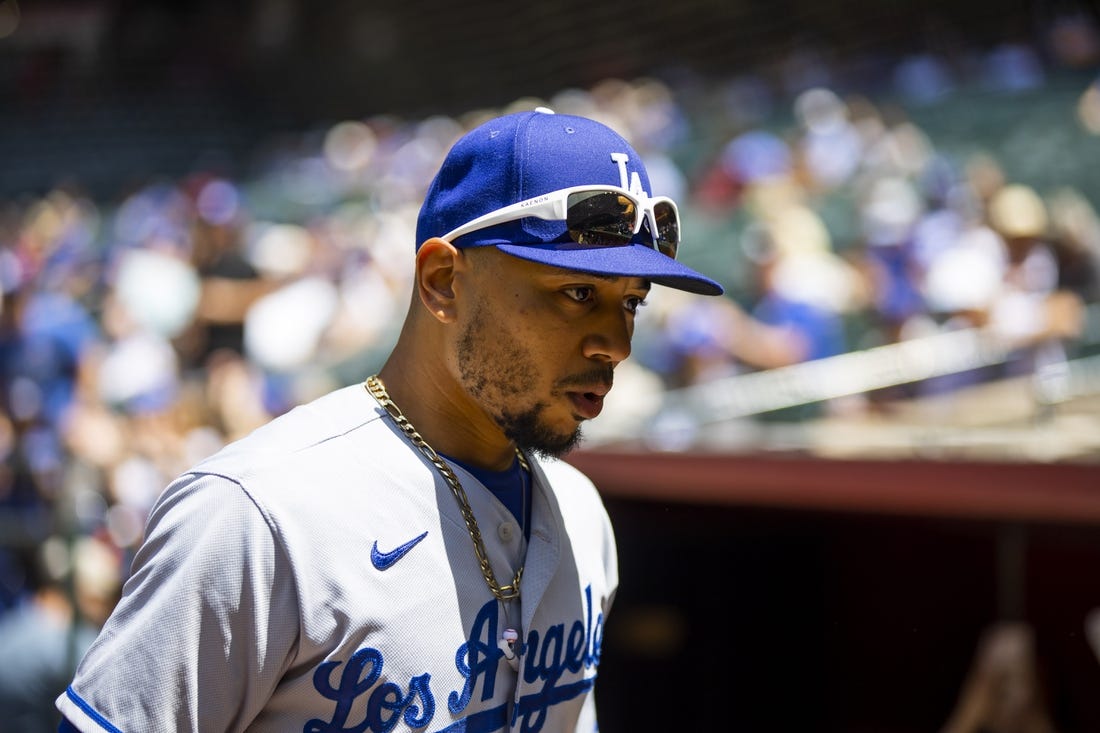 The Los Angeles Dodgers have lost their last two games, mainly due to a slumbering offense.

They’ll look to heat up during a five-game homestand, which will begin Friday night with a three-game series against the Detroit Tigers.

The Dodgers lost 5-3 and 3-1 to the Arizona Diamondbacks on Tuesday and Wednesday, respectively.

Max Muncy (.155 batting average), Justin Turner (.206) and Mookie Betts (.209) have been particularly ineffective during the first month of the season. Even Cody Bellinger has gone cold.

Bellinger, who had seven multi-hit games entering the three-game series at Arizona, went 0-for-11 against the Diamondbacks to drop his season average to .227.

“It wasn’t at-bat quality; it was essentially some bad luck and some good defense on their part,” Dodgers manager Dave Roberts said. “I think that guys are going to come out of it.”

It’s not as if the Dodgers have struggled to score runs before this week. They’ve scored at least five in 10 of their 12 victories.

“It’s surprising if you look at each individual, some of the guys that are not swinging the bat well and haven’t all year,” Roberts said. “The silver lining is guys are getting on base; we’re creating traffic.”

Left-hander Tyler Anderson (1-0, 2.84 ERA) will start Friday’s game for the Dodgers. Anderson has a WHIP of 0.87, although he hasn’t pitched more than 4 2/3 innings in any of his three appearances. He’ll make his second start this season after starting 31 games combined for Pittsburgh and Seattle last year.

Anderson has made only one start against Detroit in 120 career outings.

He’ll be opposed by another left-handed Tyler — Alexander. In his last start, Alexander (0-2, 7.20) was charged with five runs on eight hits in 3 2/3 innings against Colorado on Sunday. He’ll face the Dodgers for the first time in his career.

The Tigers will look to snap a five-game losing streak on Friday. They dropped a three-game series in Minnesota this week.

“It was a bad trip here. We didn’t play good enough to win,” manager A.J. Hinch said. “We did some better things offensively, that’s a good sign, some better at-bats, a couple of key walks, but we didn’t get the big hit.”

In the series opener, the Twins won on catcher Eric Haase’s throwing error. The Tigers had only two hits on Wednesday. Then they committed four errors in the series finale.

“We completely fell apart defensively in the fifth inning,” Hinch said of Thursday’s game. ‘When you give extra chances and give (the opponent) a little bit of momentum when things are going bad, it keeps going bad.”

Detroit has played in difficult weather conditions during the first three weeks. A trip to Los Angeles is welcome, but it’s a tough place to improve a 6-12 record.

“We’ve earned the hole we’re in and we’ve got to play better,” Hinch said. “It’s been tough, but we’re going to play in warmer weather tomorrow. If we don’t play clean in any weather, we’re not going to win.”

The Tigers are visiting Dodger Stadium for the first time since 2014.