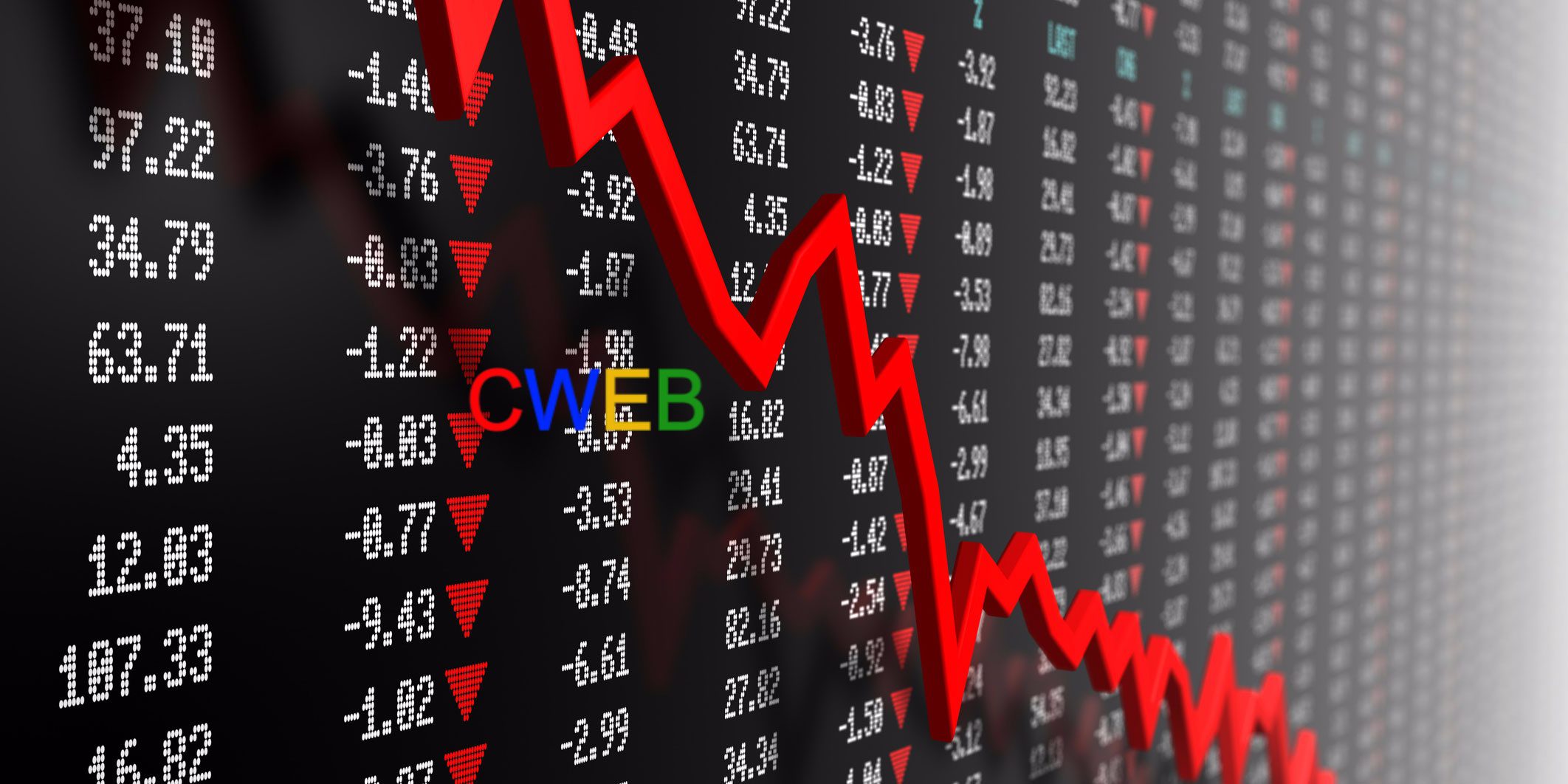 Shares of Etsy Inc. were at an all-time low of $8.40 per share immediately following the company’s earnings report in early May, missing analyst estimates.

Citi analyst Mark Kelley feels Etsy is only worth $7.00 per share. “The market is hoping for near-term M&A, but holding on to this thinking could disappoint investors,” Kelley noted.

With an activist investor campaign and thinking a new management team could result in a potential sale of the company. Shares did rebound this May 2017, etching up to $13 per share as investors became optimistic thinking the company still had room to grow.

Etsy has been under pressure to slash its costs by its active investors as well as Black-and-White Capital LP, which owns two percent of the company. It wants Etsy to cut spending and step up its sales growth to get the stock price higher, potentially placing it in a lucrative position for an acquisition.

Etsy is not out of the woods yet. As the company received pressure form investor Black-and-White Capital LP, CEO Chad Dickerson is out and being replaced by Josh Silverman, an Etsy board member who was the former CEO of Skype, and eBay’s Shopping.com. The company has terminated eight percent of its workforce. It recently slashed its intern program just two weeks before its start. The interns were to earn about $6,000 a month for the summer internship program.

Etsy, being focused mainly as a handcraft goods website was geared towards independent sellers. Their listings were flooded with people who handmade things for sale such as quilts, jewelry, clothing, and goods for the home. No manufactured goods were allowed and sellers had to adhere to a policy of selling goods that they actually crafted themselves and were not manufactured in mass production lines.

Etsy was now under pressure to meet its sales targets. Popular selling items were copied and listed by new sellers that were producing mass-produced goods which was against Etsy’s true core policy’s that it developed its brand image for- handmade, handcrafted goods from independent sellers. Artisan works started to get devalued as Etsy became a more competitive and cheapened landscape of selling goods. Etsy closed 4,500 shops for IP violations shutting out further potential of revenue for the company’s bottom line. Some of the items sold on Etsy are no longer hand made you can see in the Pet section and the Jewelry section respectfully.

So where did Etsy spend its capital, and where did it focus on revenue?

Etsy currently signed a 10- year lease in 2016 in a building in Brooklyn, New York and occupies nine floors and 200,000 square feet of office space in a building now owned by the Kushner’s. It has been reported that they spent about 40 million dollars on the buildout renovation project. 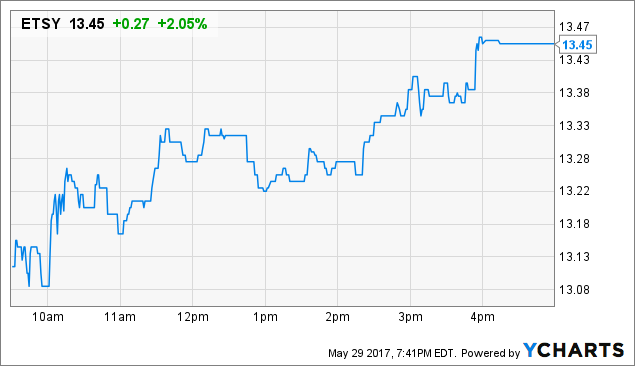 ETSY Price data by YCharts The modern open air space even has a breathing room, a yoga room, a crafts room, an area where they can play with a 3-D printer, and a plant wall that is fed by rainwater from the roof.

Etsy’s commitment to feeding its employees catered food twice a week by some of the most expensive chef’s from socially conscious local high-end restaurants is just one of its perks. Its entire office surroundings and culture are about sustainable food and green conscious natural living in its environment

Etsy’s failing sales growth can be faced with competition from Amazon and Ebay looking to duplicate the popular handmade craft market by installing new handmade market place offerings to sellers. Amazon takes aim at Etsy offering sellers “Handmade at Amazon” a new store on Amazon.com offering handmade goods. It also added the popular “Wedding Store” to the “Handmade at Amazon” “US consumers spend $55 billion per year on goods and services related to weddings, according to IBISWorld” quoted by Jonathan Camhi author of the Business Insider article – “Amazon takes aim at Etsy”.

Who Could Acquire Etsy?

Etsy holds a B Corporation status. Benefit Corporations are companies that want to represent themselves with the interest in representing itself with a commitment to sustainable practices. The company must continually provide for the public good and release reports on its social impact.

In a Blomberg article written by Mark Chatkin and Jing Cao states “Public-market B Corps are rare because investors hate them.” As part of the certification, a company must reject the shareholder valuation model and, eventually, reincorporate as a “public-benefit corporation.” To keep its B Corp seal, Etsy will have to commit to reincorporating this summer.

Shareholders will place pressure on the company as it demands increased profits and shareholder value. Under the company’s Irish subsidy registration, it does not have to disclose corporate profits in Ireland, taking away profits, and channeling away from the U.S corporate division, along with a lower tax rate structure.

Esty’s B Corporation Status Triggers Complaints in its avoidance to pay taxes.

As mentioned in B- Lab

“During Etsy’s recertification process, several articles were published regarding Etsy’s tax practices, which spurred public complaints to B Lab. B Lab management deemed these complaints to be material, credible, and specific, and therefore initiated a formal investigation consistent with B Lab’s Complaints Process. Upon completion of this investigation, B Lab’s independent Standards Advisory Council determined that Etsy was eligible for recertification contingent upon additional public disclosure of their tax strategy and practices.”

A public-benefit corporation can get sued for wasting shareholder money just like a normal public company can, but it can also be sued for being a poor steward of the environment or for failing to pay a fair wage.