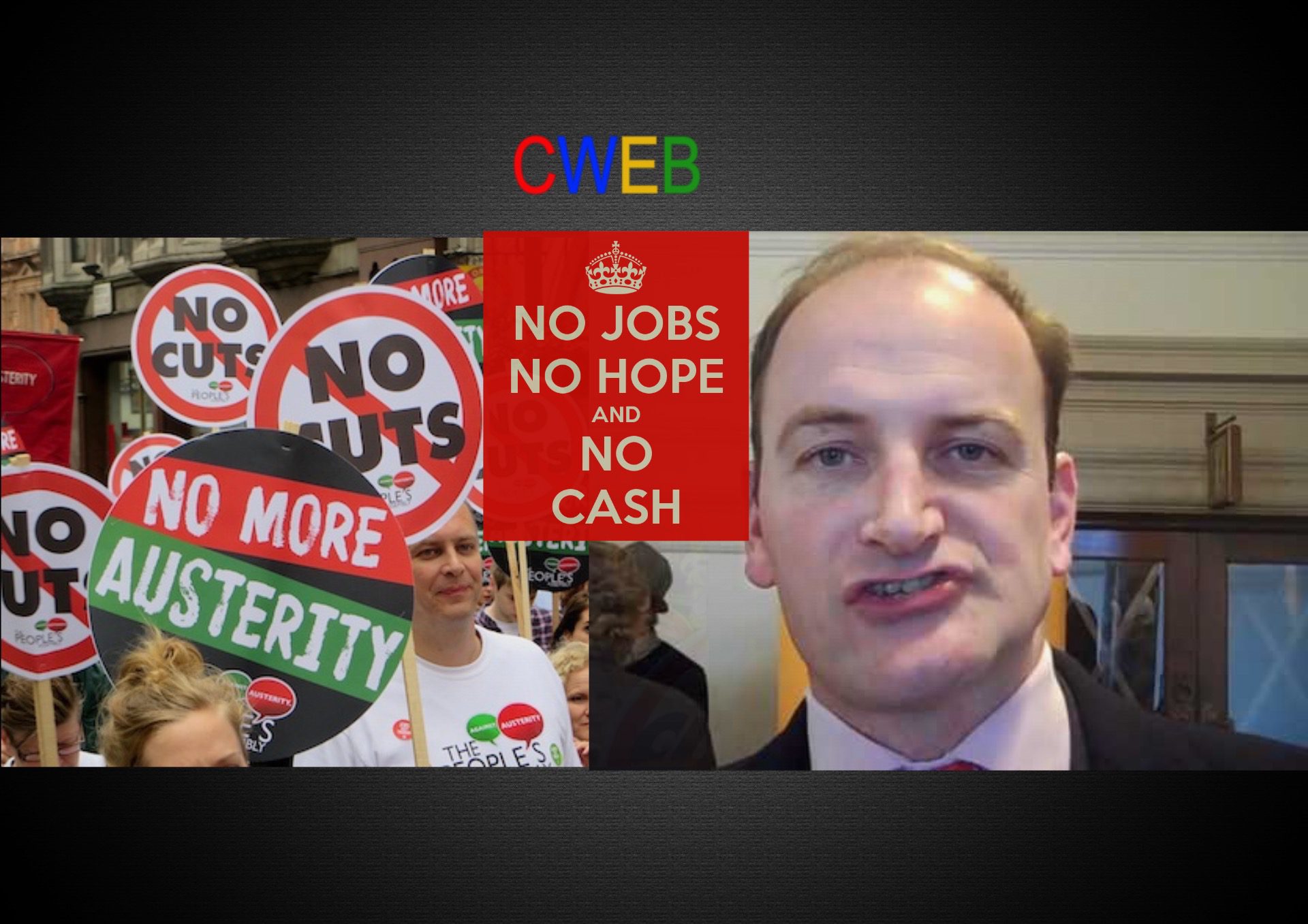 UKIP Leader Paul Nuttall writes, “As you will know, Douglas Carswell has announced today that he is resigning from UKIP, to sit as an independent MP. He has said that he is doing this “cheerfully and amicably”.

“This is not a surprise. I was elected on a pledge to forge unity in the party, and have had many discussions with key players to try and make that happen, but it had become increasingly clear to me that some things were simply beyond reach.

“Douglas was genuinely committed to Brexit, but was never a comfortable Ukipper. On Monday, he had been due to meet with the National Executive Committee to answer various questions relating to longstanding issues, including published allegations that he had joined us in order to try to minimize Nigel Farage’s involvement in the Referendum.

“Douglas’s defection to UKIP in 2014, along with Mark Reckless, and the two by-elections we fought successfully for them, proved that UKIP was capable of getting members elected to Parliament – albeit, it was still a tough task (as I know only too well, personally).

“Our party has not benefited financially or organizing from having Douglas in Westminster. With this in mind, his departure will make no difference to my ability or focus on delivering the reforms I promised when elected as Leader.

Biden Aides Determined to Block Trump's Orders To Lift Virus Travel Ban
ShareTweetSharePin     The president signed an order on Monday that ended the ban on travelers entering the U.S. from...
When and How to Wash Your Hands and use Hand Sanitizer to Prevent Covid -19
ShareTweetSharePin    Handwashing is one of the best ways to protect yourself and your family from getting sick. Learn...
Jennifer Lopez replies to a commenter’s claims about her looks saying she never did Botox, injectables or had surgery
ShareTweetSharePin        Jennifer Lopez claimed that she had never done Botox or any injectables or surgery...
Samsung Heir, Lee Jae Yong to Be Imprisoned for Bribery
ShareTweetSharePin   Lee Jae Yong, Samsung heir and de facto head of Samsung Electronics from the past six years has been...
Remembering Progress and Hoping to Annihilate Systemic Racism as the U.S. Celebrates Martin Luther King Day
ShareTweetSharePin    Today, January 18, is Martin Luther King Day. This year there are events before and after this...
Celebrities Justin Timberlake confirms he and Jessica Biel welcomed their second child
ShareTweetSharePin    Justin Timberlake has finally acknowledged that he and Jessica Biel had a second child last summer....
Trump Deals Blow to China’s Huawei in Final Days of Office
ShareTweetSharePin       President Donald Trump has continued with his administration’s campaign against China...
GOP Senator Ben Sasse Warns QAnon Conspiracy Theory Movement Will Destroy the Republican Party from Within
ShareTweetSharePin    Republican Sen. Ben Sasse has written a scathing op-ed in The Atlantic warning his party members that...
Covid-19 cases in California County Cross 1 Million
ShareTweetSharePin    Los Angeles has gained the dubious distinction of having 1 million Covid-19 infections and the...
Tom Brady’s Bucs Beat Brees’ Saints: Secure Place in NFC Championship
ShareTweetSharePin       On Sunday night, Tampa Bay Buccaneers beat New Orleans Saints 30-20 in an Divisional...
FBI looking for attackers who beat cop and chanted ‘kill him with his own gun’
ShareTweetSharePin   Fanone and two other officers spoke with ABC7’s Sam Ford Thursday about their experiences during...
Imprisoned music producer Phil Spector dead at 81: Dies due to Covid-19
ShareTweetSharePin      Phil Spector, music producer and developer of Wall of Sound technique, died in prison at the...
U.S Presidents Who Didn't Attend the Inauguration of Their Successors
ShareTweetSharePin    President Donald Trump has said that he will not be a part of the inauguration ceremony on...
TV News Realigns: Who’s Up? Who’s Down? An Analysis
ShareTweetSharePin    Since Election Day, there has been a soaring viewership for CNN News while Fox’s viewership has...
James Murdoch declares “lies” promoted by news outlets could be blamed for the Capitol riot in U.S.
ShareTweetSharePin      James Murdoch, youngest son of Fox News owner Rupert Murdoch, has rebuked news outlets...
Coca Cola and LeBron James Part Ways After 18 Years
ShareTweetSharePin  LeBron James is not switching team uniforms though he is switching beverage choices as he is leaving...
Potential glass and plastic contamination leads to Hot Pockets recall across the U.S.
ShareTweetSharePin For those of who who like your food dangerously hot, there may be real danger lurking around the corner if you...
Justice Sotomayor will administer the oath of office to Kamala Harris
ShareTweetSharePin   History is in the making at the swearing in of Vice President-elect Kamala Harris on Wednesday. The...
“Get Well Soon” message wrapped on car by NASCAR sponsor for Dustin Diamond
ShareTweetSharePin   Dustin Diamond, “Saved by the Bell” star and comedian, was recently diagnosed with cancer – Stage...
Chancellor Merkel’s Ruling Party in Germany chooses Armin Laschet as their new Chairman
ShareTweetSharePin    On Saturday, the German ruling party CDU picked Armin Laschet as its new chairman. He could...
Biden proposes “bold” plan to mitigate Trump’s “dismal failure” in the vaccine rollout.
ShareTweetSharePin        On Friday, President Elect, Joe Biden unveiled an ambitious vaccination plan which...