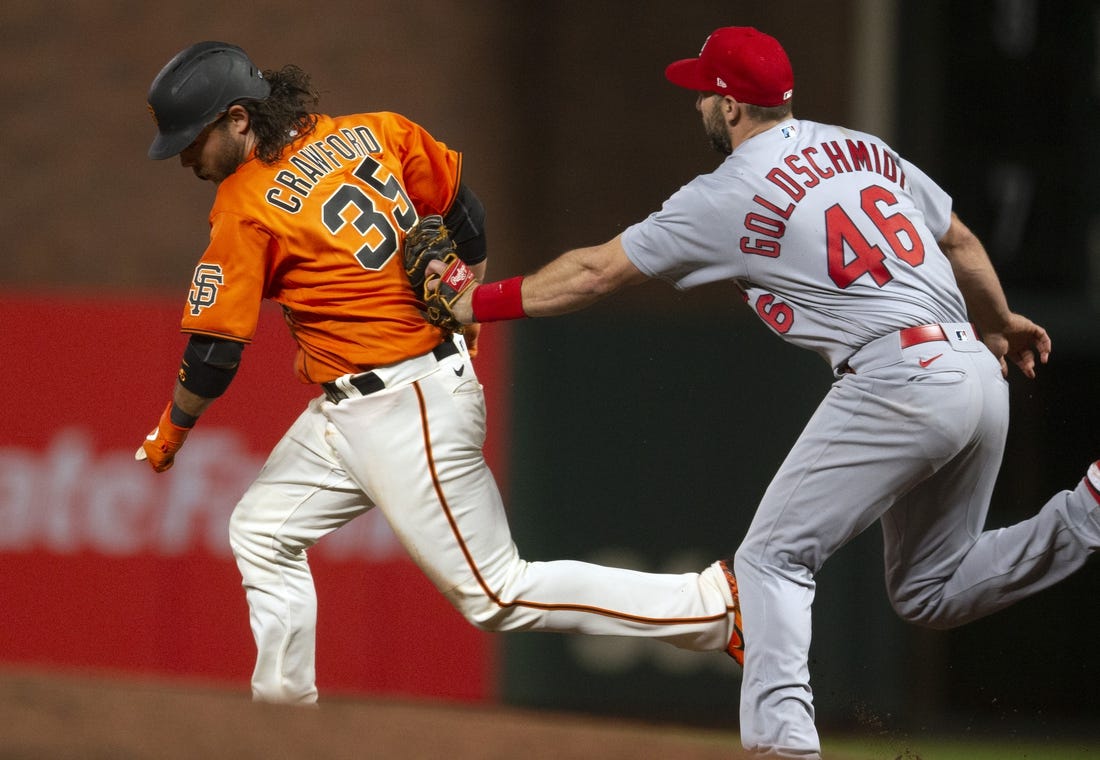 Dylan Carlson hit a tiebreaking single in the ninth inning Friday night as the St. Louis Cardinals spoiled Willie Mays’ 91st-birthday celebration in San Francisco with a 3-2 victory over the slumping Giants.

After working out of an eighth-inning jam by getting Nolan Arenado on a comebacker with two on and two outs in a tie game, Giants closer Camilo Doval (0-1) served up a one-out double to Juan Yepez in the ninth.

Cardinals closer Giovanny Gallegos allowed a one-out single to Thairo Estrada in the bottom of the ninth before inducing Luis Gonzalez to ground into a game-ending double play for his sixth save.

Ryan Helsley (1-0), who struck out four of the five batters he faced in 1 2/3 perfect innings, earned the win.

Neither starting pitcher got a decision after each took a shutout into the fifth.

The Cardinals scored first off Giants starter Alex Cobb in the top of the fifth. Corey Dickerson led off with a single, and one out later, Harrison Bader belted his second homer of the season.

Cobb was pulled at inning’s end, having allowed two runs and three hits. He walked one and struck out eight.

The Giants made sure Cobb wouldn’t get saddled with a loss by rallying into a 2-2 tie in the bottom of the inning.

After Cardinals starter Jordan Hicks gave up a single to Gonzalez and a walk to Jason Vosler to set the table, pinch hitter Darin Ruf delivered a two-out, two-run single into right field off reliever Genesis Cabrera, tying the game.

The runs were charged to Hicks, who went 4 1/3 innings and allowed three hits. He walked two and struck out five.

The Cardinals have won three games in a row, including the first two of the current four-game series.

Estrada and Brandon Crawford had two hits apiece for the Giants, who lost their fifth straight despite outhitting St. Louis 7-6.