Even With Insurance-Heartbreaking Bills, Lawsuit and Bankruptcy

Matthew Fentress was just 25 when he passed out while stuffing cannolis as a cook for a senior living community six years ago. Doctors diagnosed him with viral cardiomyopathy, heart disease that developed after a bout of the flu.

Three years later, the Kentucky man’s condition had worsened, and doctors placed him in a medically induced coma and inserted a pacemaker and defibrillator. Despite having insurance, he couldn’t pay what he owed the hospital. So Baptist Health Louisville sued him and he wound up declaring bankruptcy in his 20s.

“The curse of being sick in America is a lifetime of debt, which means you live a less-than-opportune life,” said Fentress, who still works for the senior facility, providing an essential service throughout the coronavirus pandemic. “The biggest crime you can commit in America is being sick.”

Financial fears reignited this year when his cardiologist suggested he undergo an ablation procedure to restore a normal heart rhythm. He said hospital officials assured him he wouldn’t be on the hook for more than $7,000, a huge stretch on his $30,000 annual salary. But if the procedure could curb the frequent extra heartbeats that filled him with anxiety, he figured the price was worth it.

He had the outpatient procedure in late January and it went well.

Afterward, “I didn’t have the fear I’m gonna drop dead every minute,” he said. “I felt a lot better.”

Then the bill came.

Patient: Matthew Fentress is a 31-year-old cook at Atria Senior Living who lives in Taylor Mill, Kentucky. Through his job, he has UnitedHealthcare insurance with an out-of-pocket maximum of $7,900 — close to the maximum allowed by law.

Medical Service: Fentress underwent cardiac ablation this year on Jan. 23. The outpatient procedure involved inserting catheters into an artery in his groin that were threaded into his heart. He also had related cardiology services, testing and visits to a primary care doctor and a cardiologist before and after the procedure.

What Gives: Fentress said he always made sure to take jobs with health insurance, “so I thought I’d be all right.”

But like nearly half of privately insured Americans under age 65, he has a high-deductible health plan, a type of insurance that experts say often leaves patients in the lurch. When he uses health providers within his insurer’s network, his annual deductible is $1,500 plus coinsurance. His out-of-pocket maximum is $7,900, more than a quarter of his annual salary.

Fentress owed around $5,000 after his 2017 hospitalization and set up a monthly payment plan but said he was sent to collections after missing a $150 payment. He declared bankruptcy after the same hospital sued him.

He faced another bill about a year later, when a panic attack sent him to the emergency room, he said. That time, he received financial aid from the hospital.

When he got the bill for his ablation this spring, he figured he wouldn’t qualify for financial aid a second time. So instead of applying, he tried to set up a payment plan. But hospital representatives said he’d have to pay $500 a month, he said, which was far beyond his means and made him fear another spiral into bankruptcy.

This precarious situation makes him “functionally uninsured,” said author Dave Chase, who defines this as having an insurance deductible greater than your savings. “It’s a lot more frequent than a lot of people realize,” said Chase, founder of Health Rosetta, a firm that advises large employers on health costs. “We’re the undisputed leaders in medical bankruptcy. It’s a sad state of affairs.”

Jennifer Schultz, an economics professor and co-director of the Health Care Management program at the University of Minnesota-Duluth, said Fentress faces a difficult financial road ahead. “Once you declare bankruptcy, your credit rating is destroyed,” she said. “It will be hard for a young person to come back from that.”

A recent survey by the Commonwealth Fund found that just over a quarter of adults 19 to 64 who reported medical bill problems or debt were unable to pay for basic necessities like rent or food sometime in the past two years. Three percent had declared bankruptcy. In the first half of 2020, the survey found, 43% of U.S. adults ages 19 to 64 were inadequately insured. About half of them were underinsured, with deductibles accounting for 5% or more of their household income, or out-of-pocket health costs, excluding premiums, claiming 10% or more of household income over the past year.

In Fentress’ case, the $10,092 he owed the hospital was more than a third of what his insurer paid for his care. The majority of his debt — $8,271.56 — was coinsurance, about 20% of the bill, which he must pay after meeting his deductible. Because the bill covered services spanning two years, he owed more than his annual out-of-pocket maximum. If all his care had been provided during 2019, he would have owed much less and the insurer would have been responsible for more of the bill.

Dr. Kunal Gurav, an Atlanta cardiologist who wrote about medical costs for the American College of Cardiology, said ablation usually costs about $25,000-$30,000, a range also confirmed by other experts.

The insurer’s payment for Fentress’ care that January day — around $27,600 — falls into the typical cost range, Gurav said. Fentress is being asked to pay $9,296, meaning the hospital would get more than $36,000 for the care.

“They definitely have a moral responsibility to provide a community benefit,” she said.

Resolution: Charles Colvin, Baptist Health’s vice president for revenue strategy, said hospital officials quoted Fentress an estimated price for the ablation that was within a few dollars of the final amount, although his bill included other services such as tests and office visits on various dates. Colvin said there appeared to be some charges that UnitedHealthcare didn’t process correctly, which could lower his bill slightly.

Maria Gordon Shydlo, communications director for UnitedHealthcare, said Fentress is responsible for 100% of health costs up to his annual, in-network deductible, then pays a percentage of health costs in “coinsurance” until he reaches his out-of-pocket maximum. So he will owe around $7,900 on his bill, she said, and any new in-network care will be fully covered for the rest of the year.

A hospital representative suggested Fentress apply for financial assistance. She followed up by sending him a form, but it went to the wrong address because Fentress was in the process of moving.

In September, he said he was finally going to fill out the form and was optimistic he’d qualify.

The Takeaway: Insurance performs two functions for those lucky enough to have it. First, you get to take advantage of insurers’ negotiated rates. Second, the insurer pays the majority of your medical bills once you’ve met your deductible. It pays nothing before then. High-deductible plans have the lowest premiums, so they are attractive or are the only plans many patients can afford. But understand you will be asked to pay for everything except preventive care until you’ve hit that number. And your deductible may be only part of the picture: “Coinsurance” is the bulk of what Fentress owes.

Out-of-pocket maximums are regulated by federal law. In 2021, the maximum will be $8,550 for single coverage. Try to plan treatment and procedures with an eye on the calendar — people with chronic conditions and this kind of insurance could save a lot of money if they have an expensive surgery in December rather than January.

As always, if you face a big medical bill, ask about payment plans, financial aid and charity care. According to the Baptist Health system’s website, the uninsured and underinsured can get discounts. Those with incomes equivalent to 200%-400% of the federal poverty level — or $25,520-$51,040 for an individual — may be eligible for assistance.

If you don’t qualify for help, negotiate with the hospital anyway. Arm yourself with information about the going rate insurers pay for the care you received by consulting websites like Healthcare Bluebook or Fair Health.

As Fentress tries to move past his latest bill, he’s now worried about something else: racking up new bills if he contracts COVID-19 down the road as an essential worker with existing health problems and the same high-deductible insurance.

“I don’t have hope for a financially stable future,” he said. “It shouldn’t be such a struggle.”

Dan Weissmann, host of “An Arm and a Leg” podcast, reported the radio interview of this story. Joe Neel of NPR produced Sacha Pfeiffer’s interview with KHN Editor-in-Chief Elisabeth Rosenthal on “All Things Considered.”

Bill of the Month is a crowdsourced investigation by KHN and NPR that dissects and explains medical bills. Do you have an interesting medical bill you want to share with us? Tell us about it!


What is voluntary life insurance? 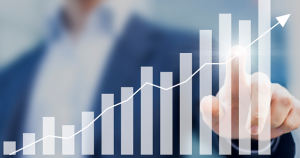