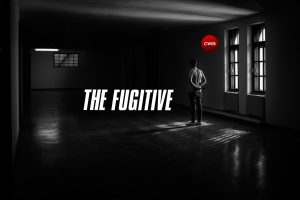 LOS ANGELES – A former Beverly Hills stockbroker has been sentenced to 72 months in federal prison for scheming to manipulate penny stock prices to inflate the reported profits of his co-conspirator’s hedge funds, generating millions of dollars in fees and commissions for himself, but causing investors to suffer more than $215 million in losses when the funds collapsed.

Todd Michael Ficeto, 53, of Marion, Ohio, was sentenced late Monday by United States District Judge Virginia A. Phillips, who also ordered him to pay $215,815,031 in restitution.

At Monday’s sentencing hearing, Judge Phillips described the scheme as “serious” and “far-reaching” as she ordered Ficeto to being serving his sentence within two weeks. Ficeto has waived his right to appeal his conviction and sentence.

Ficeto was the president of Hunter World Markets (HWM), a Beverly Hills-based broker-dealer that he co-owned with German financier Florian Wilhelm Jürgen Homm. Homm founded Absolute Capital Management Holdings (Absolute Funds), a Cayman Island-based company that managed eight hedge funds and which Homm operated from Mallorca, Spain. Homm, 60, was indicted in March 2013 on charges of securities fraud and wire fraud after he was arrested in Italy, but later fled to Germany and remains there as a fugitive from justice.

Between September 2004 and September 2007, Ficeto used HWM’s investment arm to find small, private companies that could be converted into publicly traded penny-stock businesses. Once the penny stock companies went public, Ficeto arranged financing deals where Homm invested millions of dollars from the Absolute Funds to acquire a majority of the new company’s stock. Through these financial deals, Ficeto and Homm paid themselves substantial “placement agent” fees and issued themselves and their co-conspirators millions of shares of the newly created penny stock companies.

Ficeto also caused existing shareholders in the penny stock companies to enter into “lock-up agreements” that prevented them from traded these companies’ shares. Meanwhile, Ficeto, Homm and their co-conspirators freely traded the shares they controlled, and executed their scheme by trading the penny stocks – through HWM – at prices set by Homm and co-defendant Colin Heatherington, 45, of Port Alberni, Canada, along with his brother, Craig Heatherington, 42, of Queensland, Australia. In several of the penny stock companies, Ficeto and his co-conspirators accounted for more than 90 percent of the companies’ trading volume.

For example, over the span of four minutes near the end of the trading day on May 15, 2007, Ficeto, Homm and Colin Heatherington, through manipulative cross-trades at HWM, caused the price of a penny stock company’s shares to increase from $3.25 to $12.

The stock price inflation also served to overstate the performance of the hedge funds that, in turn, generated substantial performance fees and other compensation for defendant Homm and his co-conspirators. The co-conspirators then used the inflated performance figures to induce investments from unsuspecting victim-investors.

Ficeto admitted at trial to making more than $27 million through HWM from 2005 and 2008, money that he spent lavishly on luxury cars, expensive homes and a yacht.

As the scheme unraveled, Homm abruptly resigned from the firm in the middle of the night on September 18, 2007 and fled to avoid prosecution. Redemption requests from concerned Absolute Funds investors poured in when they discovered that significant portions of their investments were placed in speculative, illiquid and essentially worthless penny stocks. HWM ceased operations in 2009.

Ficeto then lied to investigators with the Securities and Exchange Commission and the Financial Industry Regulatory Authority. He also suborned lies from his company’s chief stock trader in an attempt to conceal the fraud.

Ficeto has forfeited $6,954,265 to the government, funds he laundered for his personal gain into accounts in the Cook Islands days before his SEC testimony and money Ficeto used to purchase homes in Malibu, California and Park City, Utah with the illicit proceeds. This money was returned to his victims.

The total losses to investors in this case exceed $215 million.

Homm was initially taken into custody at Uffizi Gallery in Florence, Italy by a provisional arrest warrant filed by federal prosecutors in Los Angeles. According to the prosecutors, he was released before he could be extradited to Los Angeles and is alleged to have fled to Germany where he still remains a fugitive.

Colin Heatherington is located in Canada and the United States is seeking his extradition. Craig Heatherington testified for the government at Ficeto’s trial and received a deferred prosecution agreement in exchange for his cooperation.

This matter was investigated by the FBI. IRS Criminal Investigation, the SEC, and FINRA provided assistance to the investigation.