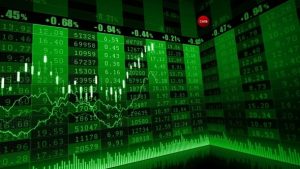 A top-level committee of the Federal Reserve, the US’ central bank, is meeting this week to discuss when it should begin raising interest rates.

Often when a central bank lifts rates, the country’s stock market falls. When the central bank cuts them, share prices go up. Typically this occurs well in advance of the actual change because investors are making bets on what they think will happen. And sometimes this seems counterintuitive, because a central bank usually raises rates when an economy is strengthening and lowers them when it’s weaker.

For example, at the end of July, the Standard & Poor’s 500 plunged 2% after a report signaling an improving US economy convinced traders the Fed was more likely to raise its target interest rate sooner rather than later. The same thing has played out repeatedly this year – stocks rising on signs the Fed will keep rates at about zero; shares sliding when it appears the central bank will raise them.

Why does the stock market react like this? The answer is because of an idea called “present value.”

The value of a company’s shares is based on its profits, which are the difference between a company’s earnings or revenue and its costs. For example, if the Professor JayZ Company is able to sell US$10 million of products and it costs the company $7 million to make and distribute them, then the profits are $3 million.

Let’s start off simply and assume that after earning $3 million, the company distributes all profits to shareholders and then closes down. Let’s also make another simple assumption that there is just one share of stock available. This means whoever owns the single share gets the entire $3 million profit.

If there was an efficient stock market with good information available to all traders, the share price would eventually rise toward $3 million. No trader would pay more than $3 million, because above that level, he or she would lose money. In this very simple world, the price of the share of stock is simply the company’s profits.

Now, in real life, few companies exist just for a single year and then close. Instead, the vast majority exist for many years. What happens if the Professor JayZ Company exists for two years and each year earns $3 million in profits?

Clearly people are willing to bid more for the stock now since they will be getting a larger amount of money. However, they will have to wait some time before getting all their money, so they wouldn’t want to pay $6 million. Forcing people to wait has a cost, since traders pay for the stock today and then get the profits or dividends later.

Waiting is a problem because money received in the future is not worth as much as today. The simplest way to see this is to imagine winning a million dollars today. How would your excitement change if you still won that million dollars, but the prize money wouldn’t arrive for 25 years? Most people are much less interested, because a lot can happen in 25 years. Having to wait makes the prize less valuable.

The idea behind the formula is simple: present value is the amount of money someone would accept today instead of getting some larger amount in the future.

For example, if the interest rate is 5% and a person is expecting a $3 million profit from the JayZ Company in one year, then the present value is close to $2.86 million. Why $2.86 million? This is the amount of money that, when put in a bank with 5% interest, grows to $3 million one year from now.

However, if interest rates rise to 10%, the present value is only $2.73 million. A smaller amount needs to be put in a bank because the higher rate produces more interest.

When interest rates rise from 5% to 10%, investors value the profits earned one year from now by the JayZ company much less and are not willing to pay as much for the outstanding share of stock. When interest rates go up, share prices fall because the present value of profits earned in future years is lower. Future profits are lower because investors can put smaller amounts in the bank to earn a targeted amount.

Beyond their importance in calculating present value, interest rates have another important impact on stock prices. Many companies borrow heavily to finance their activities.

Much corporate borrowing is not at fixed interest rates but instead at rates that change based on market conditions (floating rates). If the market interest rate goes up, then these borrowers pay more interest. Increases in interest rates mean costs rise, profits fall and share prices are reduced. Conversely, when interest rates fall, many companies report higher profits without changing any other aspect of their business, boosting their share price.

Unfortunately, since it is difficult to accurately forecast future interest rates and all the other factors that are changing simultaneously in financial markets, this algorithm by itself will not make you instantly rich. And this week’s decision by the Fed could go either way because there is broad disagreement about whether the economy is strong enough to handle a rate hike – among many other factors influencing its decision.

Nevertheless, understanding how interest rates or expectations about future interest rates affect the value of stocks is useful because it explains why the stock market changes dramatically when central banks adjust their interest rate policies.