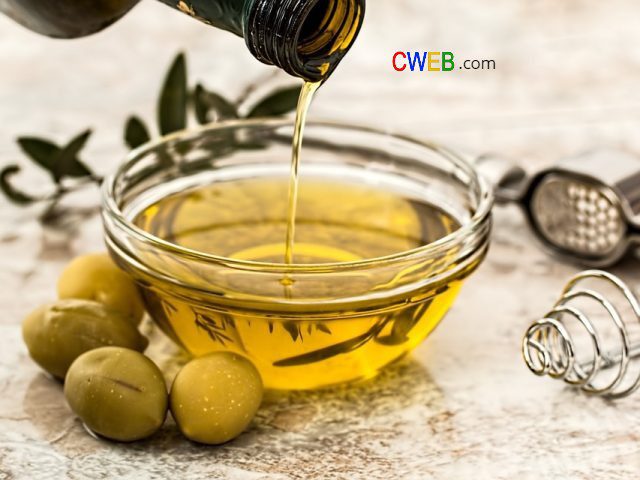 Every day millions of consumers purchase extra virgin olive oil in supermarkets that are imported from Italy. Bertolli Olive oil has agreed to settle a lawsuit to pay 7 million dollars to customers who purchased certain Bertolli items.  The products were found to inappropriately marketed as “Imported from Italy” and/or “Extra Virgin.

”The suit alleges that the olive oil was not 100 percent sourced from Italy, most of the oil was extracted in countries other than Italy, from olives grown in those countries. The lawsuit also alleges that, with respect to the olive oil labeled “Extra Virgin,” Deoleo’s procurement, bottling, and distribution practices did not adequately ensure that the oil would meet the “extra virgin” standard through the date of retail sale or the “best by” date on the bottles.”

The lawsuit challenges the alleged misrepresentations on behalf of the Plaintiffs and consumers who bought the Products “Deoleo removed the phrase “Imported from Italy “from all products imported into the United States, and it began bottling its extra virgin olive oil in dark glass bottles. Deoleo has agreed not to use the phrases “Imported from Italy,” “Made in Italy,”” from listed documents in  https://oliveoilsettlement.com/documents/Long%20Form%20Notice.pdf

YOUR LEGAL RIGHTS AND OPTIONS IN THIS SETTLEMENT DEADLINE SUBMIT A CLAIM FORM The only way to receive payment under the Settlement for your purchases. 30 Days After Final Approval EXCLUDE YOURSELF Get out of the lawsuit and the settlement. This is the only option that allows you to ever bring or join another lawsuit that raises the same legal claims released by this settlement. You will receive no payment. July 12, 2018 OBJECT Write to the Court about why you do not like the settlement, the amount of attorneys’ fees and expenses, or the payment to the Plaintiffs. July 12, 2018, GO TO A HEARING Speak in Court about the settlement. (If you object to any aspect of the settlement, you must submit a written objection by the Objection Deadline.) August 9, 2018, DO NOTHING You will receive no payment and have no right to sue later for the claims released by the settlement. 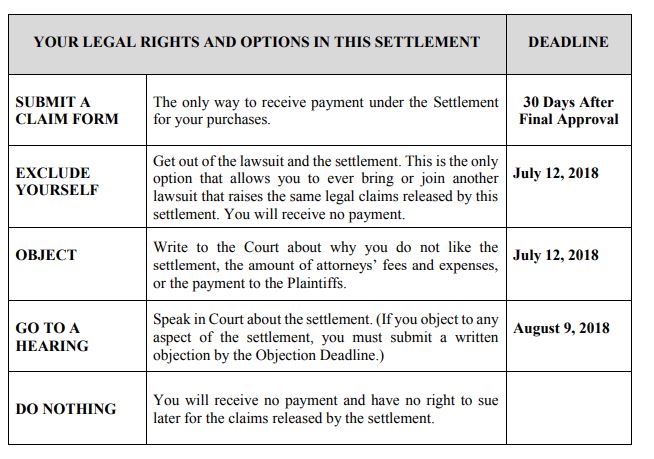