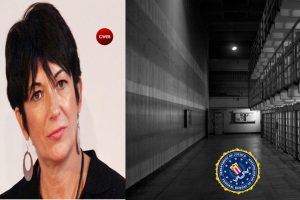 Ghislaine Maxwell, British socialite and longtime accomplice of convicted sex offender Jeffrey Epstein, has been arrested by the  FBI  in Bradford, New Hampshire on charges of facilitating sexual abuse of under aged girls.

The youngest child of disgraced publishing tycoon Robert Maxwell, she moved to the United States after her father’s death in 1991 and became a close associate of the financier and subsequently convicted sex offender Jeffrey Epstein. Maxwell has faced persistent allegations of procuring and sexually trafficking underage girls for Epstein and others, charges she has denied.[3]

Maxwell founded the ocean-advocacy group The TerraMar Project in 2012. The organization announced closure on 12 July 2019, a week after the sex trafficking charges brought by New York federal prosecutors against Epstein became public. On 27 December 2019, Reuters reported that Maxwell was among those under FBI investigation for facilitating Epstein. Since Epstein’s arrest, Maxwell was in hiding, communicating with the courts only through her lawyers who, as of 30 January 2020, have refused to accept service of three lawsuits on Maxwell’s behalf  On 12 March 2020, she filed a lawsuit in Superior Court in the U.S. Virgin Islands seeking compensation from Epstein’s estate for her legal costs