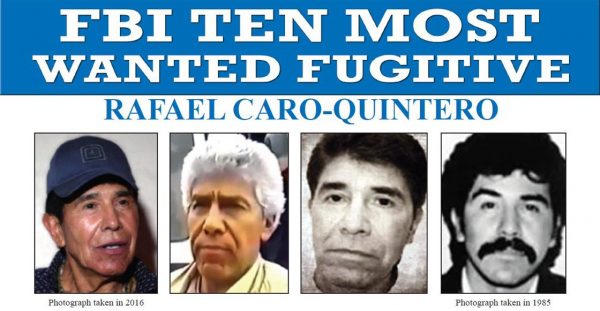 FBI 10 most wanted fugitive for killing a DEA agent.

Rafael Caro-Quintero, considered a godfather of Mexican drug trafficking and wanted for the 1985 murder of a U.S. federal agent, has been named to the FBI’s Ten Most Wanted Fugitives list.