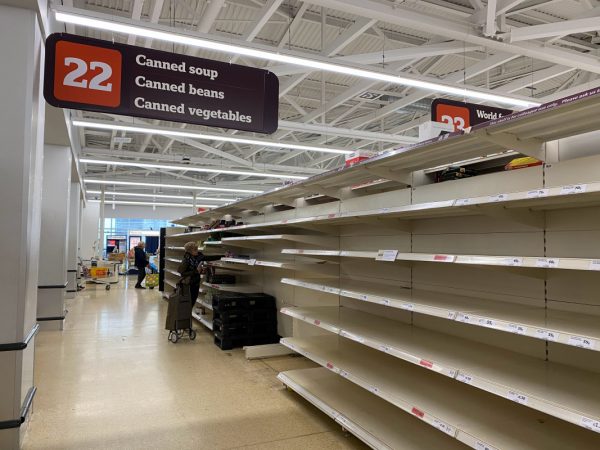 Panic buying across the UK is being seen as the prospect of a No Deal Brexit looms ahead. As per a report in The Sunday Times ministers told supermarkets to begin stockpiling food and other essentials as talks have been on but there have been no breakthroughs as yet. This announcement led to a spurt of panic last seen in the initial lockdown period of the pandemic.

This time around beers and baguettes joined toilet rolls, as customers piled all these items as well as cereals on overflowing trollies after standing in long queues especially at Costco.

“There was a conversation a week ago when ministers said prepare for no-deal,” a consultant said. “This week the message is that’s its no-deal. Supermarkets and ministers are hugely worried about panic buying.”

“They saw what happened over Covid when people began hoarding toilet rolls and know how quickly it can go wrong.”

“That will be nothing compared to what will happen. Meat supplies will be fine and fruit comes from South America but there are likely to be shortages of vegetables for three months.”

There are ongoing talks between the EU and UK amid all this. Meanwhile lorries queue on the roads of Calais as well as on both sides of the Channel and the A20 in Kent was backed up to three miles in Kent.

A no-deal Brexit will create a lot of problems on trade as well as security issues especially for the UK. 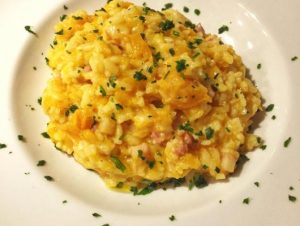 One evening, being someone that doesn’t like to plan what I want to eat in advance, I reached for the butternut squash to make the ‘same old’ soup. I was not convinced at all that this is really what I fancied on this particular evening,... Continue reading Butternut squash and pancetta risotto