Female firefighters defy old ideas of who can be an American hero- CWEB.com

Home » Female firefighters defy old ideas of who can be an American hero- CWEB.com 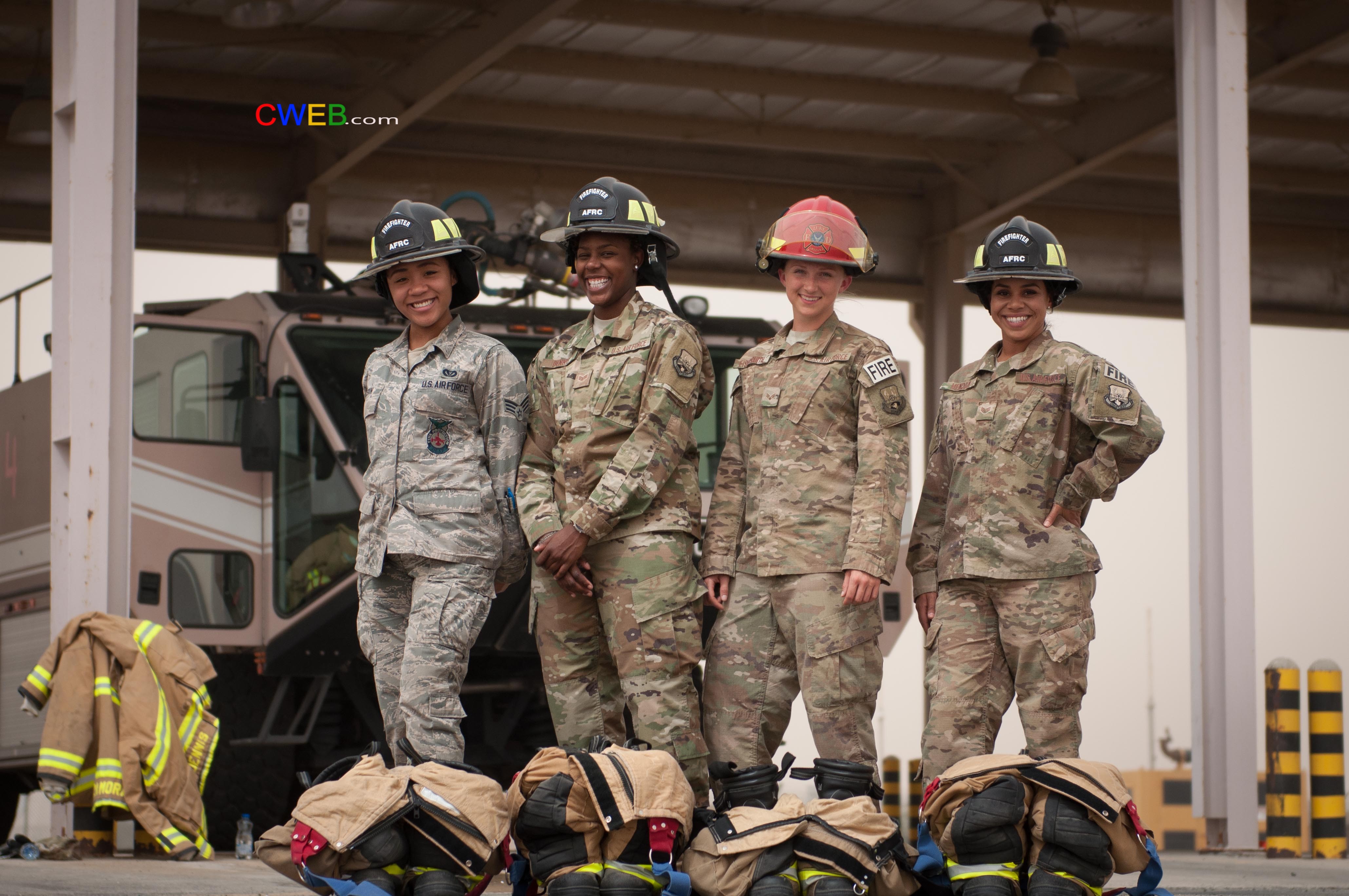 Female firefighters defy old ideas of who can be an American hero- CWEB.com

Five women graduated from New York City’s Fire Academy on April 18, bringing the number of women serving in the Fire Department of New York to 72 – the highest in its history.

The FDNY’s 2018 graduating class also includes the first son to follow his mother into the profession. She was one of the 41 women hired in 1982 after the department lost a gender discrimination lawsuit and was ordered to add qualified women to the force.

Despite these milestones, women still make up less than 1 percent of New York’s 11,000 firefighters. The city trails Minneapolis, San Francisco, Seattle and Miami, where in recent years fire squads have been more than 10 percent female. The national average hovers around 5 percent.

Approximately 10,300 women nationwide worked as full-time firefighters in 2016, according to the most recent data available from the Department of Labor. In 1983, there were just 1,700.

These women are on the front lines, fighting fires, helping victims of natural disasters and combating terrorism.

I interviewed over 100 female firefighters for an academic study of women in traditionally male industries. My research reveals how women are changing firehouse culture and transforming how Americans see heroism.

Women have been putting out fires in the U.S. for 200 years.

In 1815 Molly Williams joined New York City’s Oceanus Engine Company No. 11. Williams was a black woman enslaved by a wealthy New York merchant who volunteered at the firehouse. Williams would accompany the merchant to the station to cook and clean for the all-white, all-male crew.

One evening, the alarm rang at Oceanus No. 11. The men were incapacitated by the flu, so Williams grabbed the hand-pumped hose and answered the call alone. Her strength so impressed the men that they offered her a job.

In 1926, 50-year-old Emma Vernell became New Jersey’s first female firefighter when her husband, Harry, a volunteer fireman in the town of Red Bank, died in the line of duty.

But the profession really opened up to women after the passage of the 1964 Civil Rights Act, which made it illegal for employers to discriminate against applicants based on sex, race, religion or nationality.

Despite this history, I still hear claims that affirmative action for female firefighters is diluting standards and putting communities at risk.

Even my liberal colleagues have asked me whether women can really carry an unconscious victim out of a fire while wearing 100 pounds of gear.

The answer is yes.

Critics have suggested to me that there aren’t more female firefighters because women are not interested in such a dangerous and “dirty” job.

Yet women are much better represented in fields that require a comparable level of strength and stamina, including drywall installation, logging and welding – though they remain minorities.

Women have also made more inroads in other historically male-dominated careers like aerospace engineering and medicine. Today, some 150 years after the first American woman entered medical school, in 1911, almost 35 percent of doctors are women.

So why are just 5 percent of firefighters female?

Based on research on gender integration in the U.S. military, I believe the main obstacle facing women in firefighting is its traditional culture.

Like soldiers, firefighters are viewed as proud warriors working on dangerous front lines. That image comes with powerful stereotypes about who’s best suited to do the work. Female soldiers and firefighters both challenge a cultural standard that men are heroes and women are onlookers, even victims.

The military first added women to its ranks in 1948. In December 2015, Secretary of Defense Ash Carter lifted the ban on women in combat roles – “[a]s long as they qualify and meet the standards” – despite opposition from the Marines.

Firefighting too is a traditional field. Over the past decade, numerous departments have been found guilty of discriminating against applicants of color and ordered to retool entrance testing that had a disparate impact based on race.

Women are in some ways even more disruptive newcomers to firefighting because they entirely upend societal gender norms.

Interviewees have told me they face severe harassment on the job.

One found her oxygen tank drained. Another confided that her male colleagues are so hostile she fears they’ll leave her alone in a fire.

In 2016, 34 years after women joined New York City’s fire department, the city boasted that all of its 214 active firehouses finally had gender-separated facilities. For three decades, some of New York’s bravest went to the bathroom in neighborhood diners. Many others just went ahead and used the men’s room.

Several hundred have risen to the level of lieutenant or captain. Another 150 hold the highest rank, fire chief. That includes Chief JoAnne Hayes-White, whose historic 2004 hiring made San Francisco the world’s largest urban fire department led by a woman.

Meanwhile, these women are transforming how Americans imagine heroism.

One Wisconsin firefighter said people are surprised when her all-female crew pulls up to a blaze. But, she told me, “No one cares if you’re a woman when their house is on fire.”

A woman in San Francisco said she intentionally stands outside the station during down time so that neighborhood children realize that black women can be firefighters.