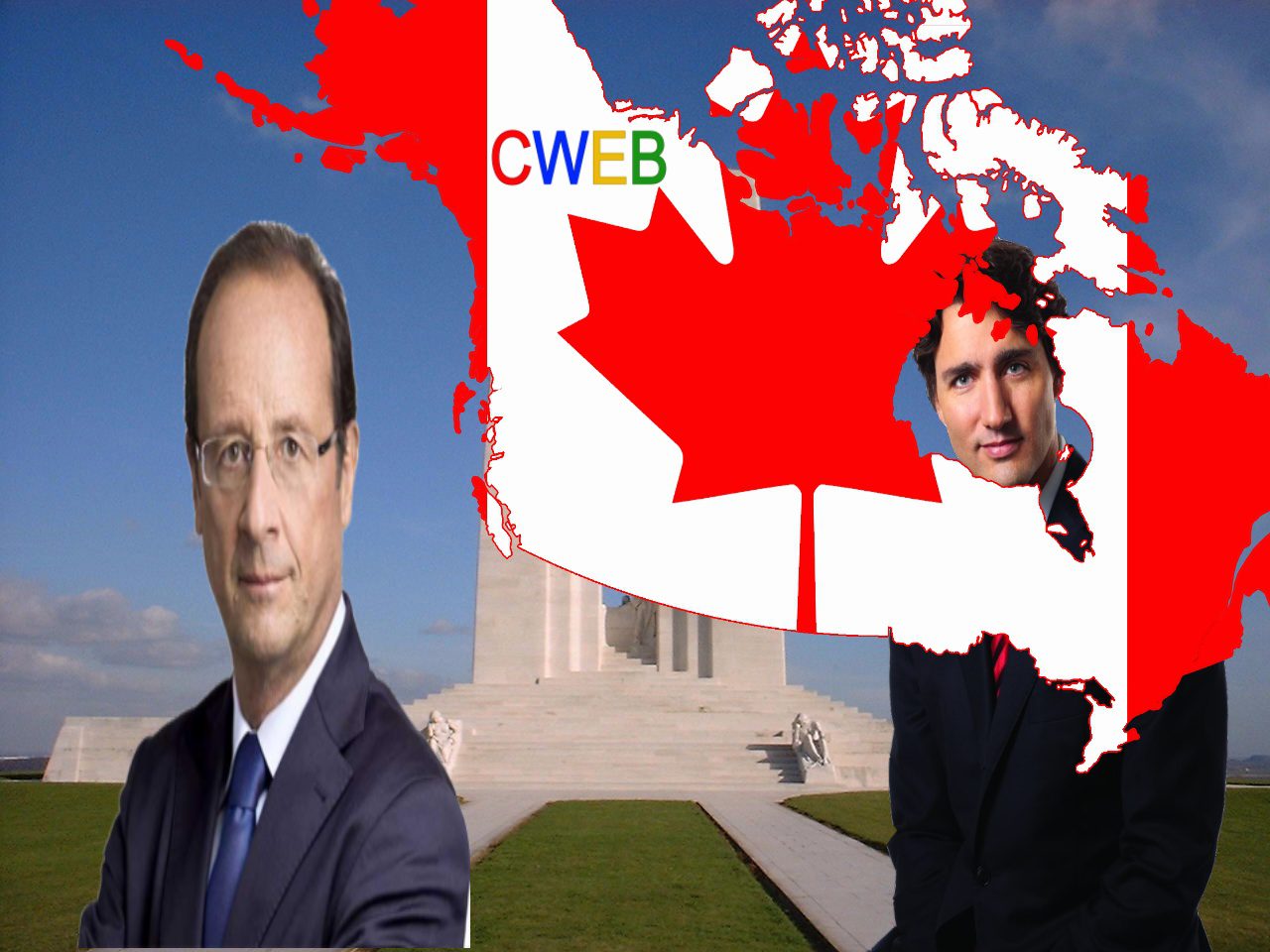 Today on the Vimy Ridge: Royals to commemorate defining WW1 battle
9 April 2017
Canadian soldiers celebrate after they captured Vimy Ridge
The Duke of Cambridge and Prince Harry are to join more than 25,000 people in northern France to mark the centenary of a defining World War One battle.
The four-day battle of Vimy Ridge, near the city of Arras, saw huge losses for Canadian forces, as well as UK deaths.
Accompanied by Prince Charles, William and Harry will lay a pair of boots as part of a tribute to those who died.
Defence Secretary Sir Michael Fallon said the “power of Allied force” is as relevant today as in 1917.
He is also attending the event and will be joining world leaders including France’s President Francois Hollande and Canadian Prime Minister Justin Trudeau.
Image
Preserved trenches at Vimy Ridge memorial park in France
William, Harry and the Prince of Wales will walk in the trenches of the former battlefield before taking part in the memorial.
The younger princes, who have both served in the armed forces, will be among the first to leave a pair of boots, as Canadian and French young people place them at the site to remember those who lost their lives.
Vimy Ridge was an engagement during the Battle Of Arras itself, which lasted from 9 April to 16 May 1917 and claimed 18,000 Scottish lives – the highest concentration of Scots involved in any WW1 campaign.
The ridge, which is about 108 miles (175 km) north of Paris, was captured by Germany early in the war and transformed into a strong defensive position.
The attack on 9 April sparked four days of intense fighting, until Canadian and British forces retook the heights overlooking the Douai Plain, which was still occupied by the enemy.