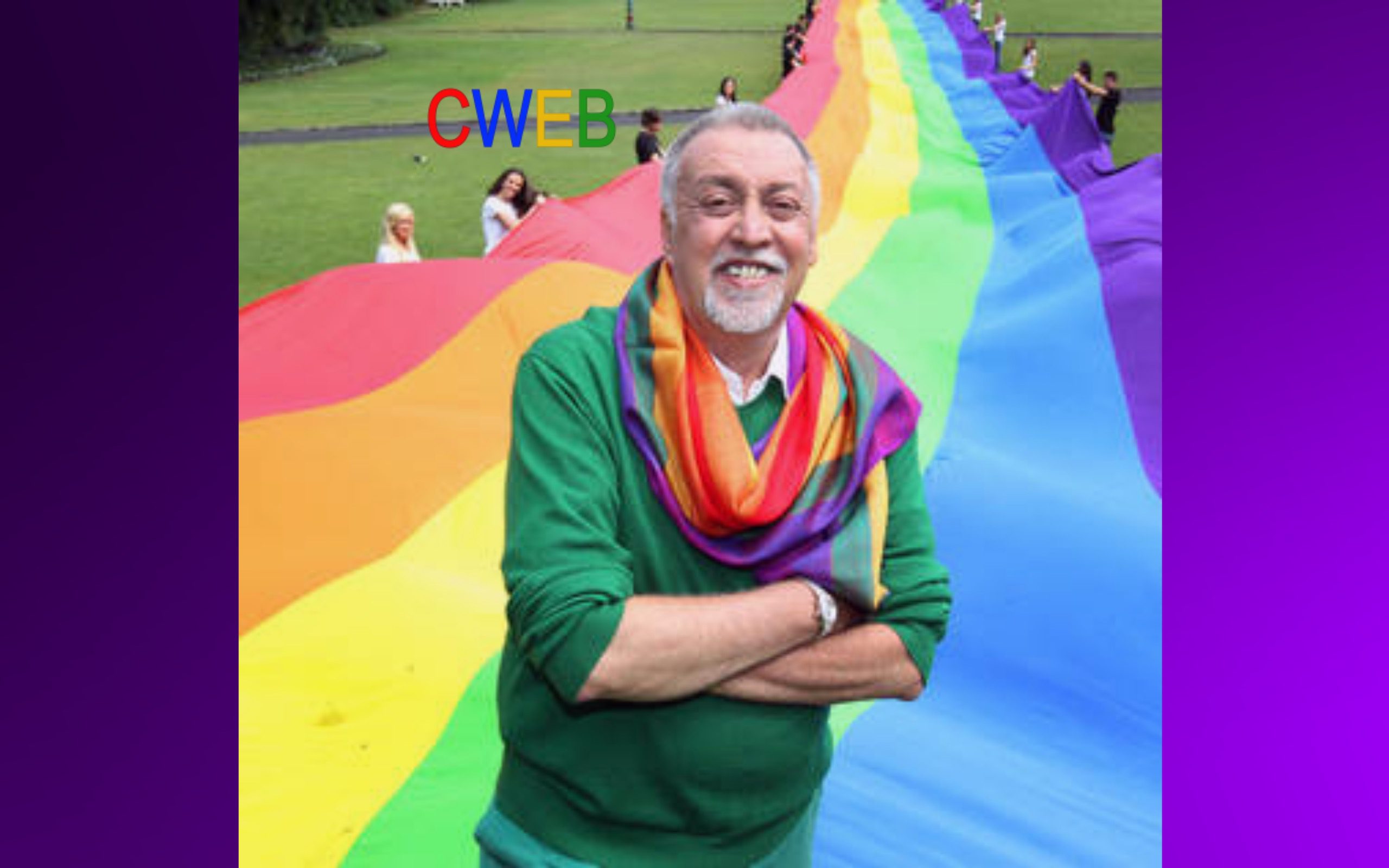 Gilbert Baker the man who gave the world the Rainbow Flag died Friday. According to his friends, he died in his sleep.

A native of Kansas, Gilbert lived in San Francisco from 1970 to 1994, contributing his distinctive designs for countless events. In 1994, he moved to New York City, where he spent the rest of his life. He remained active as an artist, with his work commemorating gay victims of the Nazi regime recently displayed in San Francisco.

Gilbert generously donated to The GLBT Historical Society one of the sewing machines he used to create the 1978 flags. The original flags no longer exist, but the archives of photographer Crawford Barton in our collection include this color photo showing one of the flags on June 25, 1978. Gilbert also donated one of the 100 hand-dyed reproductions of the flag he made several years ago.