Herbalife Nutrition Ltd. (Herbalife), a U.S.-based publicly traded global nutrition company, has agreed to pay total penalties of more than $122 million to resolve the government’s investigation into violations of the Foreign Corrupt Practices Act (FCPA).  The resolution arises out of Herbalife’s scheme to falsify books and records and provide corrupt payments and benefits to Chinese government officials for the purpose of obtaining, retaining, and increasing Herbalife’s business in China.  This includes a criminal penalty of over $55 million and approximately $67 million to be paid to the U.S. Securities and Exchange Commission (SEC) in a related matter.

“By engaging in a decade-long scheme to falsify its books and records to conceal corrupt and other improper payments to Chinese officials and state-owned entities, Herbalife misrepresented important information made available to investors,” said Acting Assistant Attorney General Brian C. Rabbitt of the Justice Department’s Criminal Division.  “The integrity of our financial markets depends on the timely and accurate disclosure of material information about companies’ operations.  Today’s resolution reflects the department’s ongoing commitment to combating international corruption and ensuring that investors can trust the accuracy of the financial statements of publicly traded companies.”

“As admitted in the deferred prosecution agreement entered into today, Herbalife approved the extensive and systematic corrupt payments to Chinese government officials over a 10-year period to promote and expand Herbalife’s business in China,” said Acting U.S. Attorney Audrey Strauss of the Southern District of New York.  “Moreover, in an effort to conceal this widespread corruption scheme, Herbalife maintained false accounting records to mischaracterize these improper payments as permissible business expenses.  In addition to admitting its criminal conduct, Herbalife has agreed to pay combined penalties of more than $123 million.  This case signifies this Office’s commitment to ensuring that companies operating in the United States do not gain an unfair advantage through corruption and illegal bribes of foreign officials.”

According to its admissions, between 2007 and 2016, Herbalife knowingly and willfully conspired with others in a scheme to falsify its books and records and provide corrupt payments and benefits to Chinese government officials.  Herbalife carried out the scheme for the purpose of obtaining, retaining, and increasing Herbalife’s business in China by, among other things, (1) obtaining and retaining certain direct selling licenses for its wholly-owned subsidiaries in China (Herbalife China); (2) improperly influencing certain Chinese governmental investigations into Herbalife China’s compliance with Chinese laws; and (3) improperly influencing certain Chinese state-owned and state-controlled media for the purpose of removing negative media reports about Herbalife China.

The government reached this resolution with Herbalife based on a number of factors, including the failure to timely disclose the conduct that triggered the investigation; the nature and seriousness of the offense, which spanned approximately a decade and involved high level employees; the lack of an effective compliance program at the time of the misconduct; and credit for the company’s cooperation.  Herbalife also engaged in remedial measures, including terminating and disciplining individuals who orchestrated the misconduct, adopting heightened controls and anti-corruption protocols, and significantly increasing the resources devoted to compliance.

The criminal monetary penalty for Herbalife reflects a 25 percent reduction off the bottom of the U.S. Sentencing Guidelines fine range because of Herbalife’s full cooperation with the government’s investigation.

In a related matter with the SEC, Herbalife agreed to pay the SEC disgorgement and prejudgment interest totaling approximately $67 million.

The FBI’s New York Field Office investigated the case.  Trial Attorney Jason Manning of the Criminal Division’s Fraud Section and Assistant U.S. Attorneys Joshua A. Naftalis and Scott A. Hartman of the U.S. Attorney’s Office for the Southern District of New York are prosecuting the case.

The department appreciates the significant cooperation provided by the SEC in this case.  The Justice Department’s Office of International Affairs provided assistance.

The Fraud Section is responsible for investigating and prosecuting all FCPA matters.  Additional information about the Justice Department’s FCPA enforcement efforts can be found at www.justice.gov/criminal-fraud/foreign-corrupt-practices-act.

The year 2020 marks the 150th anniversary of the Department of Justice.  Learn more about the history of our agency at www.Justice.gov/Celebrating150Years.


Good nutrition can contribute to keeping COVID-19 away 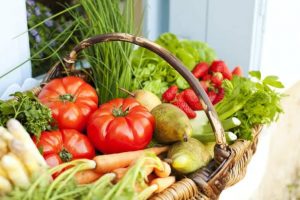 Eating lots of fruits and vegetables will boost the immune system. Stevens Fremont via Getty Images Grayson Jaggers, University of Southern California – Dornsife College of Letters, Arts and Sciences The connection between the pandemic and... Continue reading Good nutrition can contribute to keeping COVID-19 away