On Sunday, in the early hours of the morning, five people and an unborn child were killed in the northeast side of Indianapolis according to local police. The mayor termed the incident as “a mass murder.”

Indianapolis Metropolitan Police Department (IMPD) responded when there was a report that a person was shot before 4 a.m. Shane Foley IMPD spokesman told reporters that the police found “a juvenile male with gun shot wounds.” They got additional information that took them to another residence which was close by.

Foley said that they found five people, including a pregnant woman, dead. These people had also died of “apparent gunshot wounds.” He added that they were unable to save any of the victims including the unborn child although the medical staff put in their best efforts to save these lives.

He said that the juvenile who was also shot is expected to survive, despite his injuries. He also said although investigations had just begun, it did not appear to be a random act.

The Indianapolis Metropolitan Chief Randal Taylor said that this incident was the “largest mass casualty shooting in more than a decade.” Although they did not name any suspect till Sunday afternoon, police think that there could be more than one shooter.

The Mayor Joe Hogsett was visibly upset and reiterated to reporters that the perpetrators would be brought to justice. He said that federal law enforcement would be coming to get them, whether it took a day, two days, three days or more. He said that they would be pursued and found. No matter how long it would take, the federal officers and other agencies would come for them. He said that he was in contact with all the necessary agencies and though they were still learning more about the incident as investigations were on, he wanted to clarify that law enforcement would come and get the one or more individuals who were involved as it was not an act of simple gun violence but was “a mass murder.” 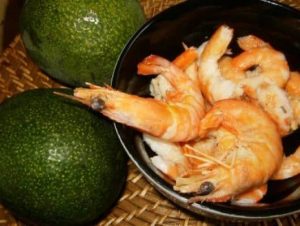