MANHATTAN (CN) — More than a dozen files whose disclosure Ghislaine Maxwell fought bitterly to keep under wraps became public on Thursday morning, including a deposition in which prosecutors say she perjures herself.

“Did Jeffrey Epstein have a scheme to recruit underaged girls for sexual massages?” asked Sigrid McCawley, at the time an attorney for her prominent accuser Virginia Giuffre. “If you know.”

“I don’t know what you are talking about,” Maxwell responded.

Asked later to list all underaged individuals whom she encountered on Epstein’s properties, Maxwell responded four years ago: “I’m not aware of anybody that I interacted with, other than obviously [Ms. Giuffre] who was 17 at this point.”

These denials form the basis of one of the two perjury charges that prosecutors leveled at Maxwell.

“So you don’t know in your own mind that Jeffrey Epstein had a sexual preference for underage minors?” McCawley asked.

Maxwell’s attorney Jeffrey Pagliuca attempted to object at the time, to no avail.

“I cannot tell you what Jeffrey’s story is,” Maxwell replied. “I’m not able to.”

Maxwell’s other perjury count comes from a deposition from July 22, 2016, which is not among the documents released on Tuesday. Maxwell’s other four charges accuse her of grooming underaged girls for Epstein’s predation.

This deposition, and the 18 other files released today, come from the 2015 lawsuit where Giuffre called it defamatory for Maxwell to deny that she had been groomed as Epstein’s “sex slave.”

The case had been sealed as part of a settlement, but the Miami Herald’s investigative reporter Julie K. Brown successfully sued to make the record public. Maxwell has alleged that their release could generate unflattering pretrial publicity that will compromise her right to a fair trial.

Though lengthy deposition redacts the names of those not involved in the litigation, what has been revealed makes for grisly reading.

When asked about hiring an underaged girl for Epstein, Maxwell replied that he was responsible for her employment.

“Were you involved with sex between Jeffrey, [REDACTED] and yourself?” McCawley asked, referring to an underaged girl.

Maxwell’s attorney Jeffrey Pagliuca then objected and instructed his client not to answer.

“I’ve been instructed by my lawyer,” Maxwell replied.

In another exchange, Maxwell is confronted about a laundry basket filed with sex toys at Epstein’s Palm Beach house, and her attorney lodges a flurry of objections.

“I don’t recollect anything about a laundry basket of sex toys,” Maxwell replied.

There are more than a dozen mentions of sex toys in the 465-page deposition.

“How would you describe sex toys?” McCawley asked Maxwell at one point.

After a brief back-and-forth, Maxwell’s testimony is redacted for a little more than two pages. 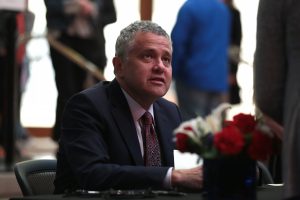 
Jeffrey Katzenberg & Meg Whitman To Pull The Plug On Quibi 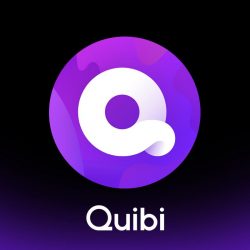