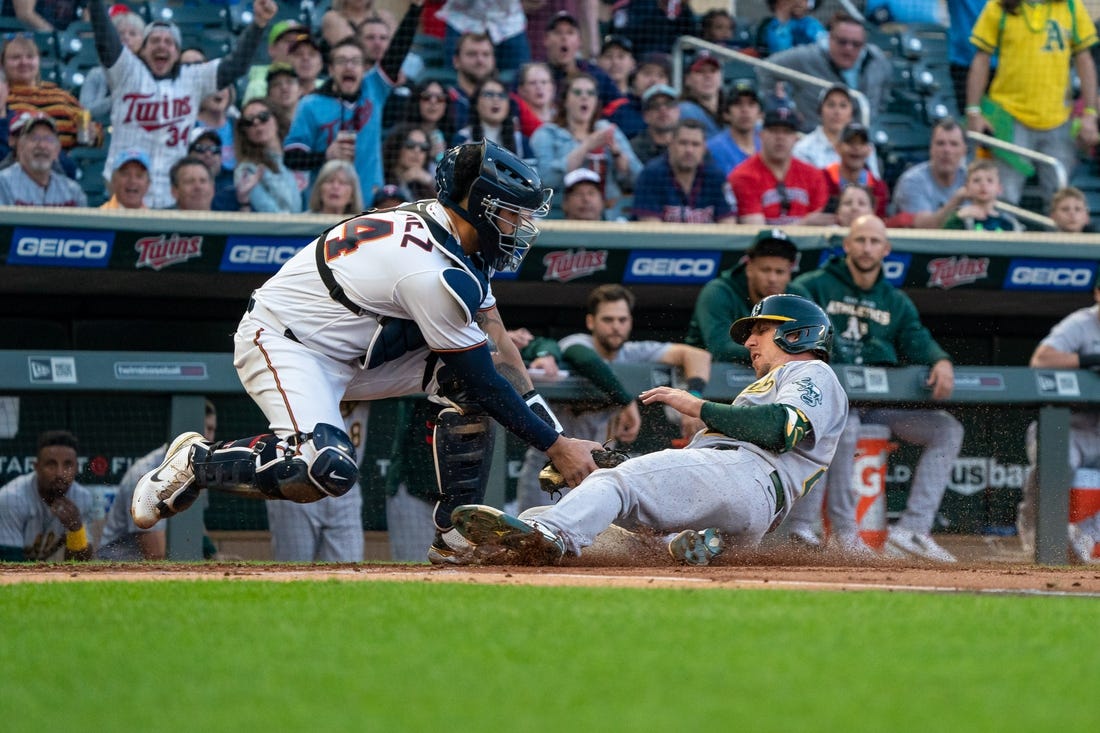 Jose Miranda and Byron Buxton each hit a solo home run, and the Minnesota Twins held on for a 2-1 win over the visiting Oakland Athletics on Friday night in Minneapolis.

Right-hander Josh Winder (2-0) earned his second straight victory for the Twins. He allowed one unearned run on three hits in six innings, walking none and striking out eight.

Jed Lowrie notched the only RBI for Oakland, which lost its seventh game in a row.

Athletics left-hander Zach Logue (1-1) took the loss in his first career start. Logue allowed two runs on five hits in five innings, and he walked two and struck out five.

Twins right-hander Emilio Pagan escaped a bases-loaded jam in the ninth to earn his third save.

The Twins grabbed a 1-0 lead in the bottom of the second on Miranda’s first career home run. The 23-year-old, who was playing in only his fifth game, worked the count to 3-1 before pulling a fastball over the wall in left field.

Teammates greeted Miranda in the dugout with a long line of high fives. It was the first game at Target Field for the rookie, who is a cousin to famed “Hamilton” creator Lin Manuel-Miranda.

Another solo home run, this time by Buxton, increased the Twins’ lead to 2-0 in the fifth. Buxton’s blast traveled 414 feet to center field and marked his team-leading ninth homer.

Oakland got on the scoreboard in the sixth to slice the deficit to 2-1. Cristian Pache led off the inning with an infield single, advanced to second on a fielder’s choice by Sheldon Neuse, reached third on a fielding error by Jorge Polanco and scored on a sacrifice fly by Lowrie.

Highly touted Twins prospect Royce Lewis made his major league debut and finished 1-for-4. He notched his first career hit in the eighth inning with a single to right field.

Before the game, the Twins received some good news when they learned that injured shortstop Carlos Correa does not have a broken right middle finger. Correa’s finger is bruised and sore but he is considered as day-to-day rather than facing an extended absence.