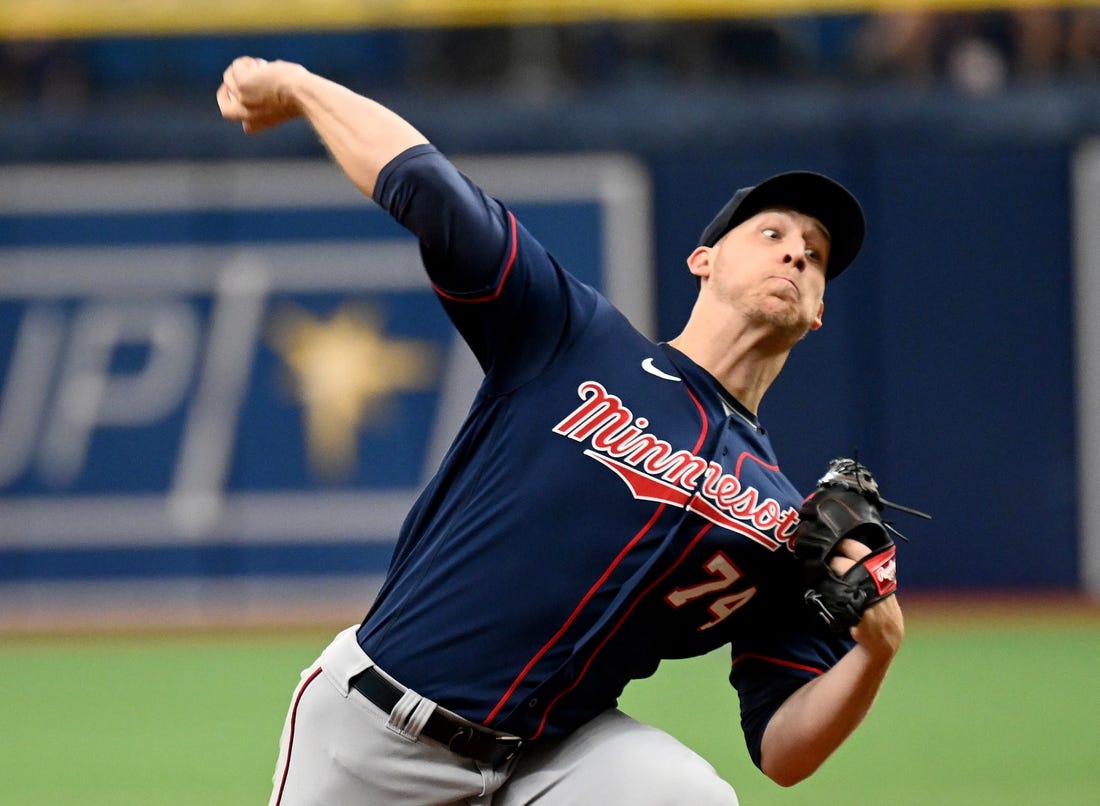 Josh Winder pitched six shutout innings in his first major league start, Byron Buxton hit a home run and Jorge Polanco had four RBIs as the Minnesota Twins rolled to a 9-3 victory over the Tampa Bay Rays on Sunday at St. Petersburg, Fla.

Winder (1-0) allowed two hits and a walk while striking out seven in his fourth big league appearance. He didn’t allow a runner past second base while throwing 83 pitches, 54 for strikes.

Polanco went 2-for-5 with a pair of two-run doubles, while Carlos Correa had his fourth-consecutive multi-hit game going 2-for-4 with two runs scored. Buxton, Trevor Larnach and Gilberto Celestino each had two hits as the Central Division-leading Twins won for the ninth time in their last 10 games.

Randy Arozarena had two hits including an RBI double for Tampa Bay. Rays starter Josh Fleming (2-3) gave up six runs (five earned) on five hits over 3 2/3 innings with three walks and one strikeout.

Minnesota parlayed four hits, a walk and an error while jumping out to a 5-0 first-inning lead. Buxton led off the game with a routine grounder to short but Taylor Walls, filling in for Wander Franco who was a late scratch with right hamstring tightness, overthrew first baseman Harold Ramirez for a two-base error.

Correa walked and Kyle Garlick followed with an RBI single. Polanco lined a double into the gap in left-center to make it 3-0, while Max Kepler doubled in Polanco one out later and Gary Sanchez added an RBI single to drive in Kepler.

Buxton increased the lead to 6-0 in the fourth inning with his seventh homer of the season, a 428-foot drive to left-center that knocked Fleming from the game. Polanco made it 8-0 in the seventh with another two-run double to left-center, driving in Correa, who singled, and Larnach, who doubled.

Walls drove in the Rays’ first run in the seventh with a double. After Larnach pushed the Twins’ lead to 9-1 in the eighth with an RBI single, the Rays answered in the inning on a RBI single by Manuel Margot followed by an RBI double by Arozarena.