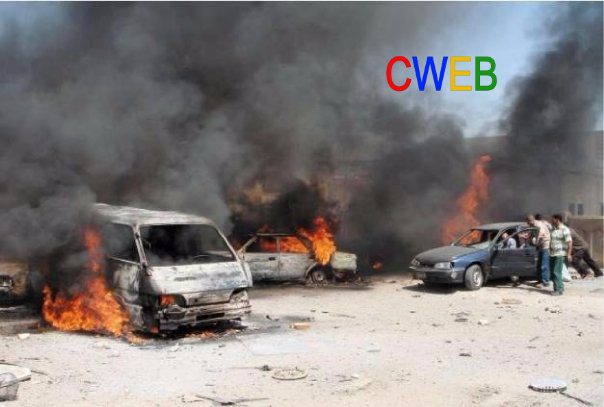 Suicide blast on Lahore’s Bedian road
At least six persons including four army personnels were martyred and 10 sustained injuries in a suicide blast .

At least six died in a suicide blast at Badian Road in Lahore today.

The census team on duty was the intended target.

The blast had initially been reported as a gas cylinder explosion, but has since been confirmed as a suicide attack.

Four military personnel and two census officials are among those dead.

The injured have been shifted to General Hospital.

Rescue teams and the Police are at the site and investigations are underway.