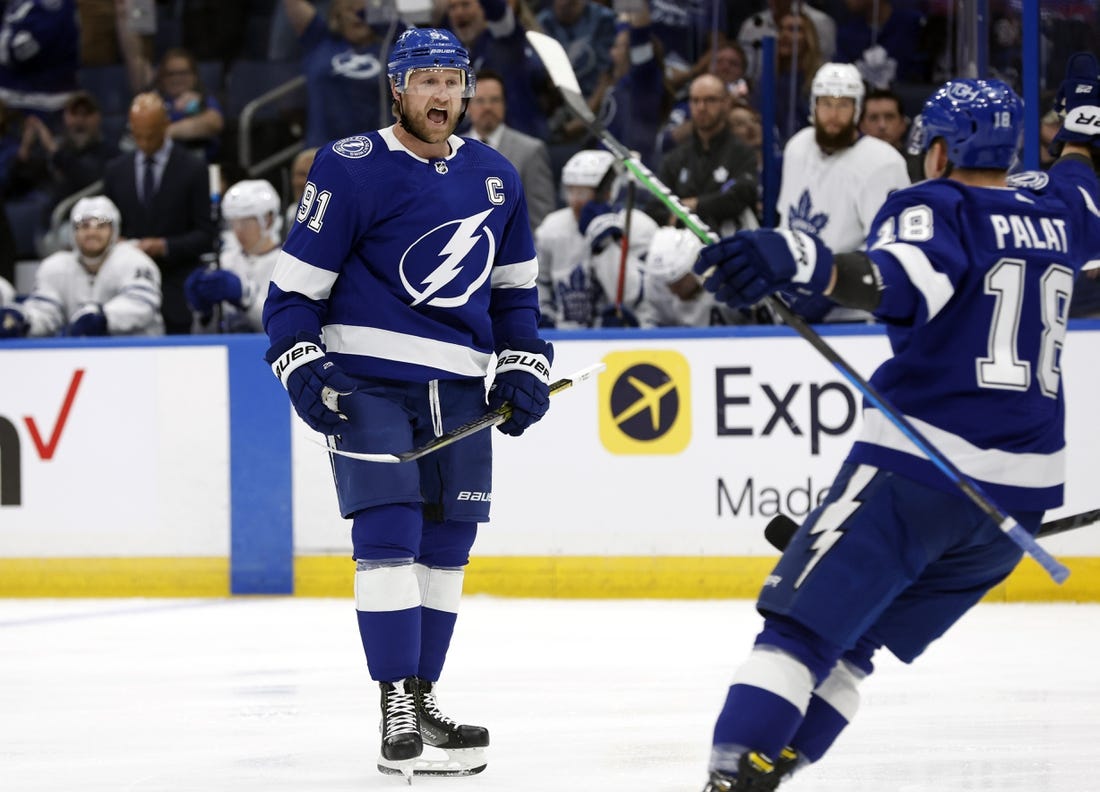 Steven Stamkos, Pierre-Edouard Bellemare and Pat Maroon scored in the first eight minutes for the Tampa Bay Lightning and they cruised to a 7-3 win against the visiting Toronto Maple Leafs in Game 4 of their Stanley Cup first-round playoff series on Sunday night.

Game 5 is on Tuesday in Toronto.

William Nylander scored two goals, Jake Muzzin also tallied and Jack Campbell made 11 saves on 16 shots before he was replaced by the Maple Leafs, who are trying to win their first playoff series since 2004.

The Lightning improved to 17-0 in games following a playoff loss over the past three postseasons.

Stamkos, a 42-goal scorer during the regular season, scored his first of the series on a one-timer from the high slot exactly one minute into the game to give the Lightning the early lead.

Bellemare scored unassisted when the puck caromed in front of the net and he shot it past Campbell for a 2-0 lead at 5:20.

Maroon put in his own rebound after Campbell made a right pad save on his drive to the net to make it 3-0 at 7:58.

The Lightning won another puck in the neutral zone and Colton scored on a wrist shot from the slot for a 4-0 cushion at 3:17 of the second period.

The Maple Leafs committed three minor penalties in the first six minutes of the second period, and Perry scored on the second power play for a 5-0 lead at 5:25.

Nylander ended Vasilevskiy’s shutout bid when he scored a power-play goal at 2:27 of the third period to make it 5-1. Nylander scored again off the rush to make it 5-2 with 7:59 left.