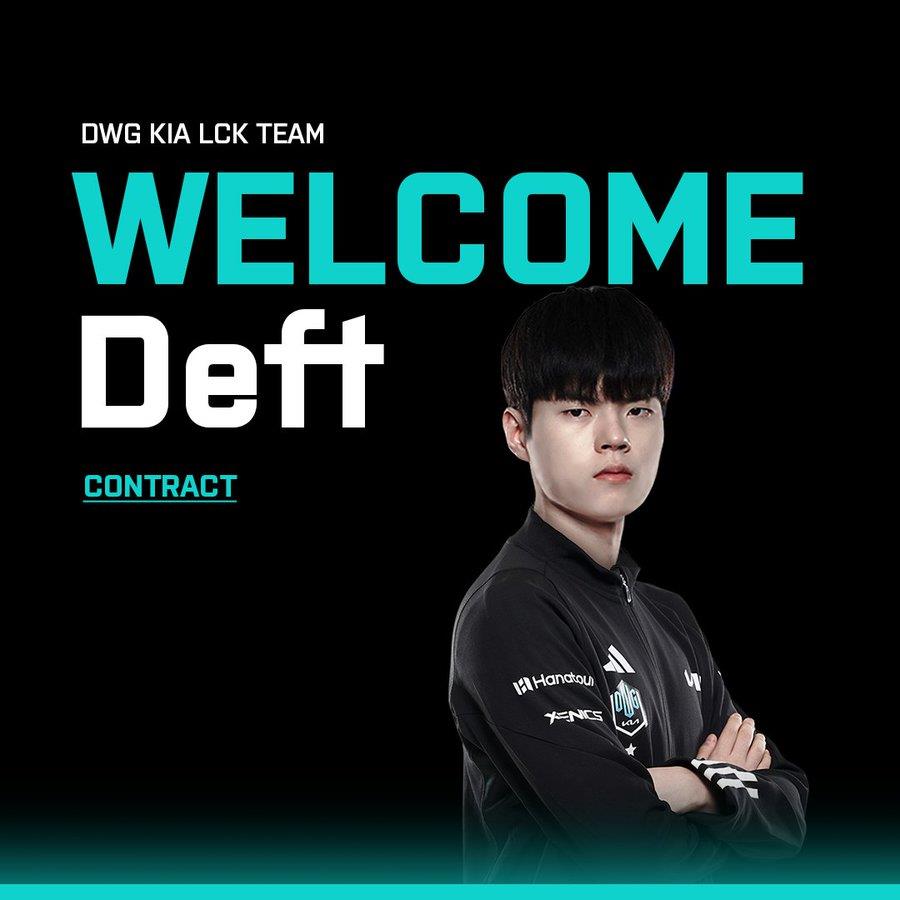 Kim “Deft” Hyuk-kyu did not spend long on the free agent market.

A day after DRX announced that their 2022 Worlds-winning roster was available after the players’ contracts expired, Deft signed on Wednesday with DWG KIA.

“DWG KIA would like to introduce our new AD carry, Kim ‘Deft’ Hyuk-kyu,” the team tweeted. “Please send lots of love and support for ‘Deft’, champion of the 2022 World Championship. Thank you.”

Deft, playing in his eighth consecutive Worlds, helped DRX pull off a stunning victory following a fourth-place finish in the LCK. DRX were the first team from the Play-Ins to go on to win the title.

After previously hinting at retirement, Deft announced earlier this week that he would continue playing in the LCK for at least one more season. At the time, that appeared as though it would be for DRX, but that was before the team’s announcement of the players’ contracts all expiring.

DRX sincerely appreciates the five players being on the team’s most brilliant journey. pic.twitter.com/smWslgfRYO

“And with a grateful heart, I would like to stay and make more happy memories with my teammates and fans, to continue this journey,” he wrote in an article for The Players Tribune. “I can say now that I will be able to walk away from League with no regrets one day. But it is not that day yet. See you soon.”

After winning Worlds in 2020 and finishing second in 2021, DWG KIA finished 5th-8th this year.