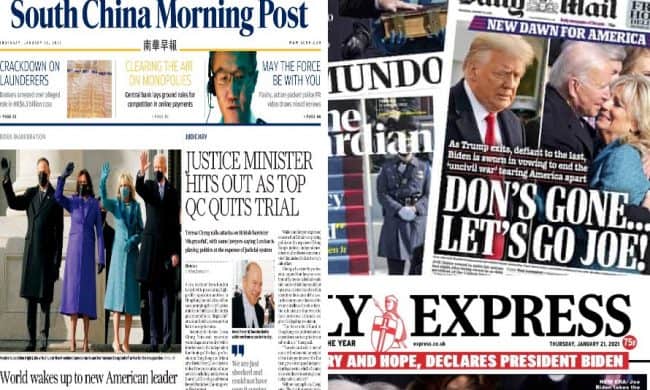 Today, less than 24 hours after Joe Biden has assumed the role of President of the United States of America, newspapers worldwide hailed his inauguration and many of the English newspapers used his words “Democracy has prevailed” in their headlines.

The Guardian featured a picture of President Biden, giving his speech on the steps of the Capitol with the above quote.

Although the Financial Times is known for its conservative headings, it became less staid and used the same quote with a large picture of the President and his wife and an inset of the Vice President.

The front page of the Scotsman also featured a huge picture of Biden with the quote but the paper decided to add more so their caption was: “Democracy is precious. Democracy is fragile. In this hour, my friends, democracy has prevailed.”

Another newspaper stayed with the theme of the day but used another relevant quote. The Washington Post’s front page has a photo of Biden taking the oath of office and the above says “Biden: ‘Unity is the path’”

🟥 Joe Biden sworn in as the 46th President
🟥 ‘End this uncivil war’, says new man in the White House#TomorrowsPapersToday pic.twitter.com/vVrnxpiswq

The Telegraph captioned its front page with another exceptional quote, “End this uncivil war”

The Times has a photo of the President and his wife with the caption: “Time for Unity”

The Mirror uses his opening words “A day of history..a day of hope” and splashed pictures of both the President and the Vice President.

The Daily Mail U.K. has a cheeky headline that says, “Don’s gone…let’s go Joe!” above two pictures, side by side. One picture has been taken just before Trump departs from Washington and the other picture features Biden and Jill embracing joyously.

The i newspaper is lyrical as its headline says, “Ready, steady, Joe!” 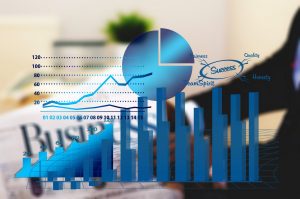