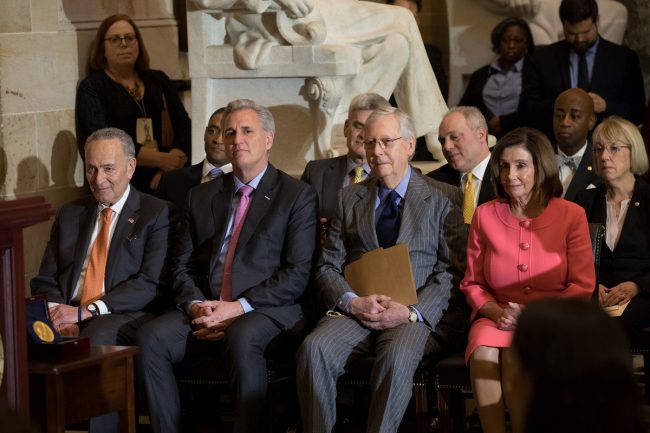 As a senior leader of the party McConnell has maintained decorum and politeness but the antics of Greene, who incidentally has the support of the former President “100 percent” according to One American News (OAN), a conservative  news agency, made him release such a statement.

He also said that someone who denied airplanes hitting the Pentagon on 9/11, called school shootings hoaxes and put forth bizarre theories about the JFK assassination and California wildfires was living in an unreal world. He also mentioned that these conspiracies were of no use and what was of utmost importance was rebuilding the nation and strengthening the future of American families.

His comments imply that he is aware of the damage that false rhetoric and weird conspiracy can cause when many moderate Republicans as well as the more strident ones face elections in 2022. His critical comments are an uncommon occurrence as he has rarely if ever passed scathing comments against anybody in the GOP.

Majorie Taylor Greene took to Twitter and and called weak Republicans the real cancer of the party. She also mentioned that the only thing they knew was to lose gracefully.

Democrats have announced that they are planning to hold a floor vote this week. The purpose of the vote is to remove Marjorie Taylor Greene from the Education and Labor Committee and the Budget Committee. As of now they are waiting to see of the House Minority Leader Kevin McCarthy, the GOP member from California, will take action against her or remove her before a floor test. Some Republicans say this is unlikely.

Conspiracy theorists and far right advocates have caused huge fissures in the GOP. Republicans need to stay united to try to win back seats in the House and the Senate when midterms take place in 2022. 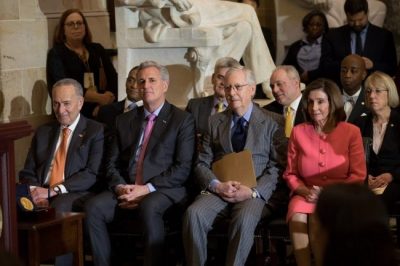 Senate Minority Leader Mitch McConnell has finally spoken out about newbie Rep. Marjorie Taylor Greene’s weird conspiracy theories and its fallout on the GOP and the nation. In a statement McConnell said that her advocacy of silly lies... Continue reading McConnell GOP Minority Leader says Taylor Greene’s advocacy of conspiracy theories similar to ‘cancer’ and harmful for party and nation