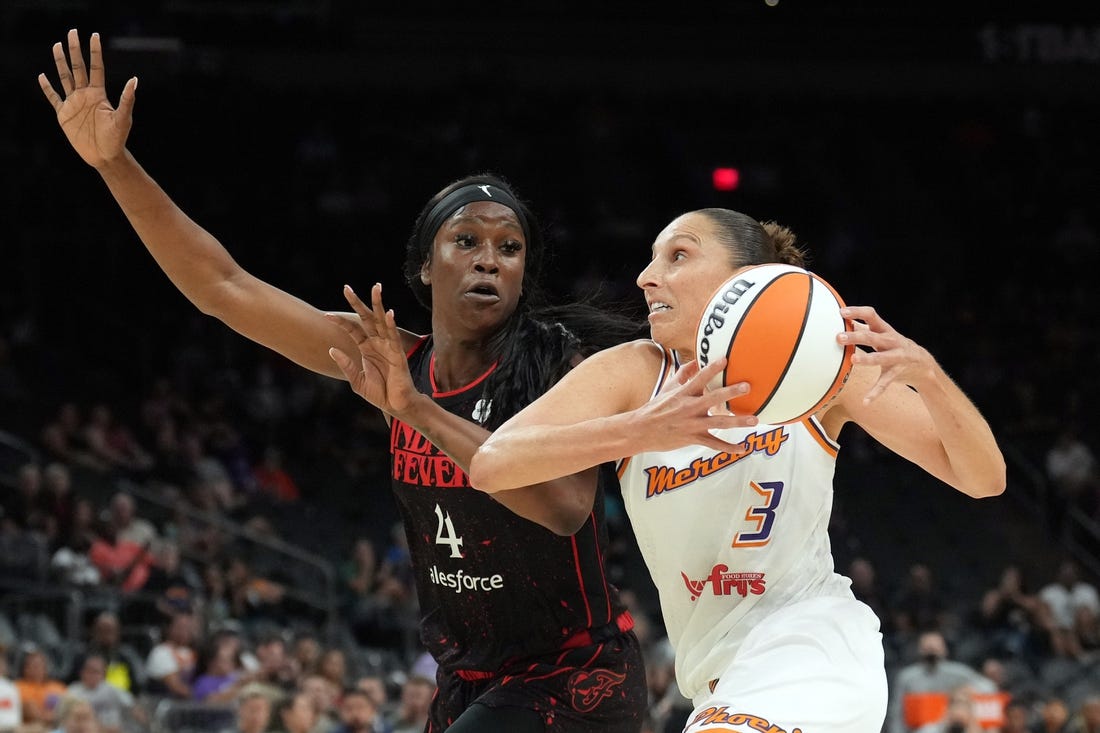 The Phoenix Mercury played in the WNBA Finals last season. They emerged from this year’s All-Star break with the league’s ninth-best record.

The Mercury (10-14) will look to begin a late push when they visit the Minnesota Lynx (8-15) on Tuesday night in Minneapolis.

Phoenix won its last game prior to the break, edging the New York Liberty 84-81 on Thursday.

“We just have to reload and come back with something to prove,” guard Diana Taurasi said.

Taurasi made some history in the last game, becoming the first WNBA player to reach 3,000 made field goals.

“It only took 18 years, finally got there,” said Taurasi, who scored 23 points. “I mean, that’s just a product of playing a lot and being here for a long time.”

“She was really prepared to have a great performance (Thursday) and played with so much confidence,” coach Vanessa Nygaard said. “Sophie is a leader for us, and she leads with enthusiasm.”

Phoenix, which returns home for four games after the quick trip, is 4-10 on the road. That ties the Mercury with the Indiana Fever for the most road losses.

The Lynx have won five of their last seven games, including an 81-78 triumph over Chicago on Wednesday. They defeated Las Vegas in the game before that, giving them back-to-back triumphs over the two teams atop the league standings.

“We’ve evolved. We just know each other really well. The accountability is coming from within,” Lynx coach Cheryl Reeve said. “The communication is really good. At one point, we were 1-6 in our home games and you’ve got to win your home games. That’s why we were in such a big hole, but we’ve been able to rebound from that and start to string together some home wins.”