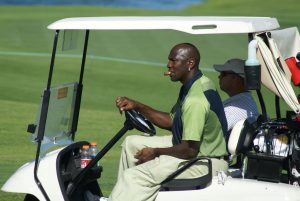 NBA legend Michael Jordan and his company donate $1 million each to the NAACP Legal Defense and Educational Fund, Inc. (LDF) and the Formerly Incarcerated & Convicted People and Families Movement (FICPFM), and $500,000 to Black Voters Matter.

Michael Jordan and his company have pledged to donate $100 million  over the next decade to organizations supporting the fight for racial equality and social justice.

Nike, the parent company of Jordan Brands is donating $40 million over the next four years to support the Black community in the U.S.

In a statement, the Michael Jordan Brand said: “Black lives matter. This isn’t a controversial statement. Until the ingrained racism that allows our country’s institutions to fail is completely eradicated, we will remain committed to protecting and improving the lives of Black people. “Today, we are announcing that Michael Jordan and the Jordan Brand will be donating 100 million over the next 10 years to organizations dedicated to ensuring racial equality, social justice and greater access to education.

Jordan is one of the most marketed sports figures in history. He has been a major spokesman for such brands as Nike, Coca-Cola, Chevrolet, Gatorade, McDonald’s, Ball Park Franks, Rayovac, Wheaties, Hanes, and MCI. Jordan has had a long relationship with Gatorade. Source: Wikipedia

In June 2010, Jordan was ranked by Forbes magazine as the 20th-most powerful celebrity in the world with $55 million earned between June 2009 and June 2010. According to the Forbes article, Jordan Brand generates $1 billion in sales for Nike.