Mitch McConnell votes against impeachment of Trump but accuses him of being responsible for Capitol riot, of ‘dereliction of duty’ and says he could still be prosecuted 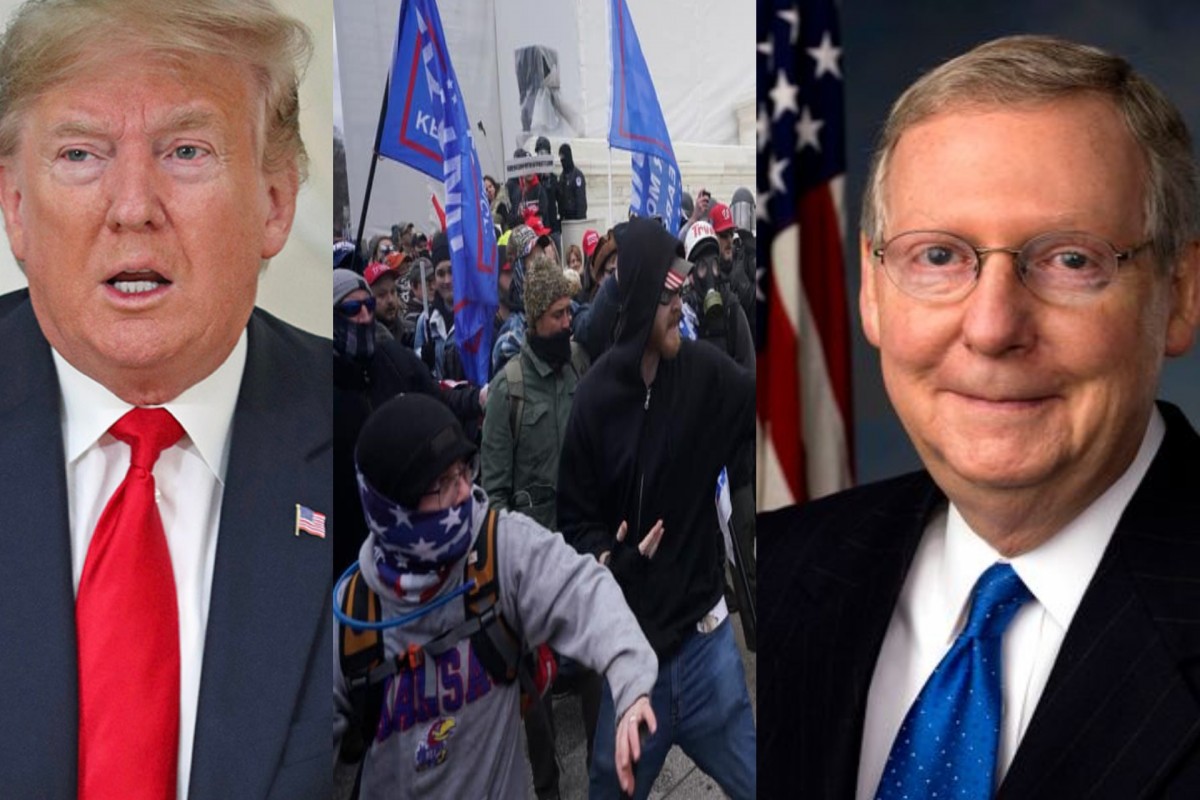 On Saturday, Mitch McConnell was one among the majority of Republicans who voted against the impeachment of former President Donald Trump. After his vote in favor of Trump, he blamed the former president for the Capitol riot.

Mitch McConnell made a lot of remarks on the Senate floor. He suggested that Trump should be made accountable for his actions. He said that the nation has a criminal justice system as well as civil litigation and that former presidents can be held accountable by these institutions.

Predictably, House Speaker Nancy Pelosi was angry with the result as she had been one of the targets of the violent mob that crashed through the Capitol and destroyed furniture and infrastructure as the Congress members had been whisked away by vigilant Capitol Police officers, before the destructive mobs tore through their offices.

She said that Mitch McConnell’s speech was “disingenuous” and that the nation needed a strong Republican party. Seven Republicans did vote for his impeachment but the Democrats needed 17 Republican votes to get a two third majority to impeach the former president.

Mitch McConnell used strong words to denounce Trump but the GOP fell short of holding him to account of the charges against him,  by overturning the impeachment. He said that the Senate voted correctly by deciding not to convict Trump. He added that it would be a gross ‘power grab’ and that the constitution did not grant it this legislative body (the senate).

He quoted Justice Joseph Story as well Article II, Section 4 provisions to defend the decision of not impeaching Trump. He said that the Senate’s decision does not condone anything that happened before or on that terrible day and that the senators “put our constitutional duty first.”

According to public reports, Trump watched television as the chaos was unfolding in the Capitol on January 6. He even tweeted what many consider an attack against his own Vice President Mike Pence. He asked the mob to disperse very late in the day after many officers were injured trying to salvage the the Capitol from an unruly mob.