Major League Baseball announced several scheduling updates following the postponement of recent games as a result of positive tests for COVID-19. All scheduled games must to be completed prior to the end of the 2020 season.

All these scheduled make-up games might even require another schedule change because all it takes is some more rain-outs and another Coronavirus breakout.

There’s been one more known player who tested positive for COVID-19 from the St. Louis Cardinals, so now their 3-game series vs the Chicago Cubs was canceled for this weekend.

Unfortunately, for the Miami Marlins, they face the toughest task as they’re forced to play 27 games in 23 days. Yes, you read that right.

PHI @ MIA
The three-game series between the Phillies and Marlins, which was originally scheduled for August 4th-6th, will be rescheduled during the Clubs’ scheduled four-game series in September. The teams will play seven games against one another in a five-day span.

WSH @ MIA
• The three-game series between the Marlins and Washington Nationals, which was originally scheduled for July 31st-August 2nd, will be rescheduled across two different scheduled meetings between the Clubs later this season.

PHI @ TOR
• The Toronto Blue Jays will host the Philadelphia Phillies for a doubleheader on Thursday, August 20th at Sahlen Field in Buffalo beginning at 1:05 p.m. (ET). These games will make up the games originally scheduled for Friday, July 31st and Saturday, August 1st.

I feel sorry for whoever had to formulate all the above schedule changes because it’ll most likely need to be modified- one or  twice. 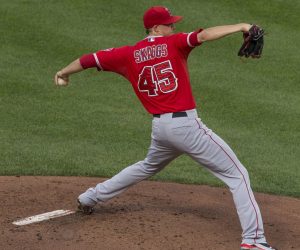