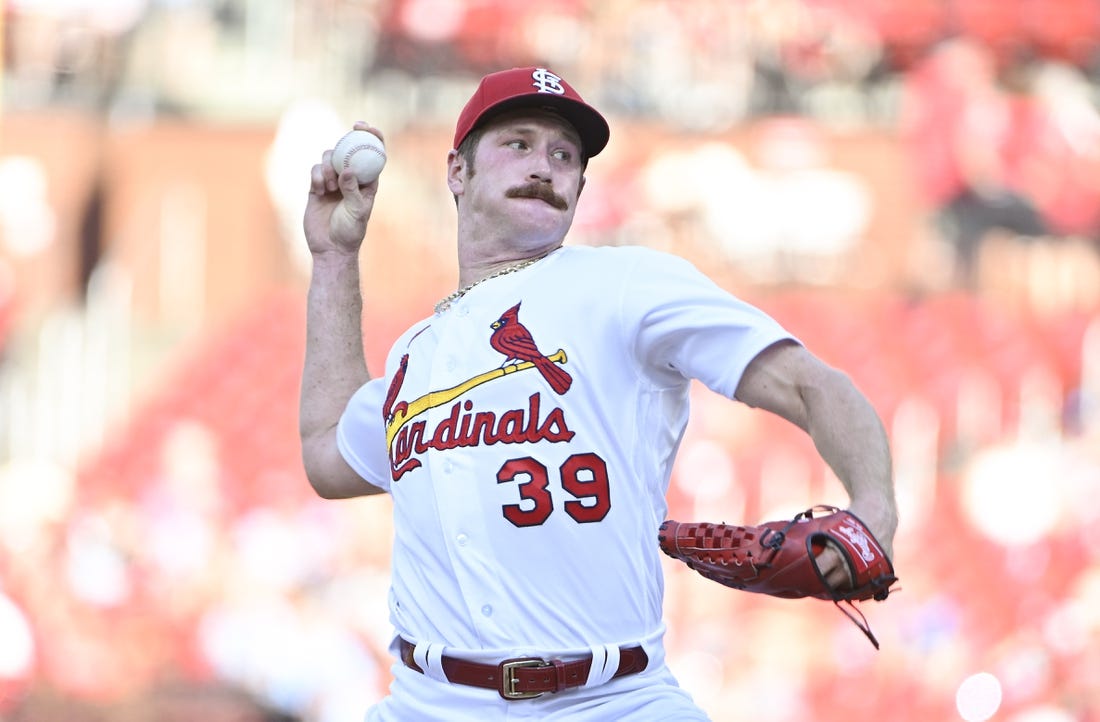 Two teams with mounting injuries battle Sunday in the rubber game of a three-game weekend series as the Cincinnati Reds host the St. Louis Cardinals.

The Cardinals send right-hander Miles Mikolas (7-7, 2.54 ERA) to the mound in the series finale. Mikolas will be making his second start of the season vs. Cincinnati, and his first at Great American Ball Park since Sept. 1, 2021.

In his most recent start, Mikolas snapped his personal three-game skid against Cincinnati by overcoming record 103-degree heat and a leadoff homer by Jonathan India over seven innings as the Cardinals prevailed 11-3.

The righty is seeking his first win in Cincinnati since April 14, 2018, going 0-2 with two no-decisions and a 6.43 ERA in his last four outings. The Cardinals, however, have won each of his last four games started against the Reds.

The Reds counter with Tyler Mahle (3-7, 4.48), who will be coming off the 15-day injured list to make his 18th start of the season, and his first since July 2 vs. Atlanta. Mahle landed on the injured list on July 6 with a right shoulder strain but did not make any rehab starts before being cleared to rejoin the active roster.

On Saturday, the Reds placed hard-luck catcher Tyler Stephenson on the 10-day injured list for the third time this season with a broken right clavicle.

The collarbone was broken when he took a direct hit from a Paul Goldschmidt foul ball in the first inning Friday night.

“I could feel it rub up and pretty much break, rub up against each other,” Stephenson said. “I still feel it if I do move. It’s a clean break in my collarbone. Luckily, I guess the good thing is there is no surgery needed as long as it heals correctly.”

With Michael Papierski the only backup and Aramis Garcia still sidelined with an injured left middle finger, the Reds had to recall Mark Kolozsvary from Triple-A Louisville before Saturday’s game.

“It seemed like he was OK. It just shows the pain tolerance that guys play with, and especially at that position, for him to even think that he could even (stay in the game) was pretty incredible,” Reds manager David Bell said.

The 25-year-old Stephenson is batting .319 with an .854 OPS, six home runs and 35 RBIs this season but has been limited to 50 games because of a concussion and a broken right thumb before the latest injury.

Outfielder Nick Senzel appeared to favor his right throwing shoulder midway through Saturday’s game after failing to catch a ball over his head. He was removed for a pinch-hitter.

India took a 99 mph fastball off his right forearm in the seventh inning but stayed in the game.

For St. Louis, starter Steven Matz, just off the injured list with a sore left shoulder, left Saturday’s game in the sixth inning with a strained left knee after slipping while fielding a Joey Votto grounder.

Outfielder Harrison Bader, on the injured list since June 27 with plantar fasciitis, was scratched from a rehab assignment Saturday after experiencing more pain in his right foot during his first game with Triple-A Memphis on Friday night.

“I’m still awaiting a full report on it,” Cardinals manager Oliver Marmol said before Saturday’s game. “If he’s unable to play (Saturday) because of the discomfort, that (Toronto) trip is in jeopardy, for sure. (He felt) a ton better, but there’s some discomfort there.”