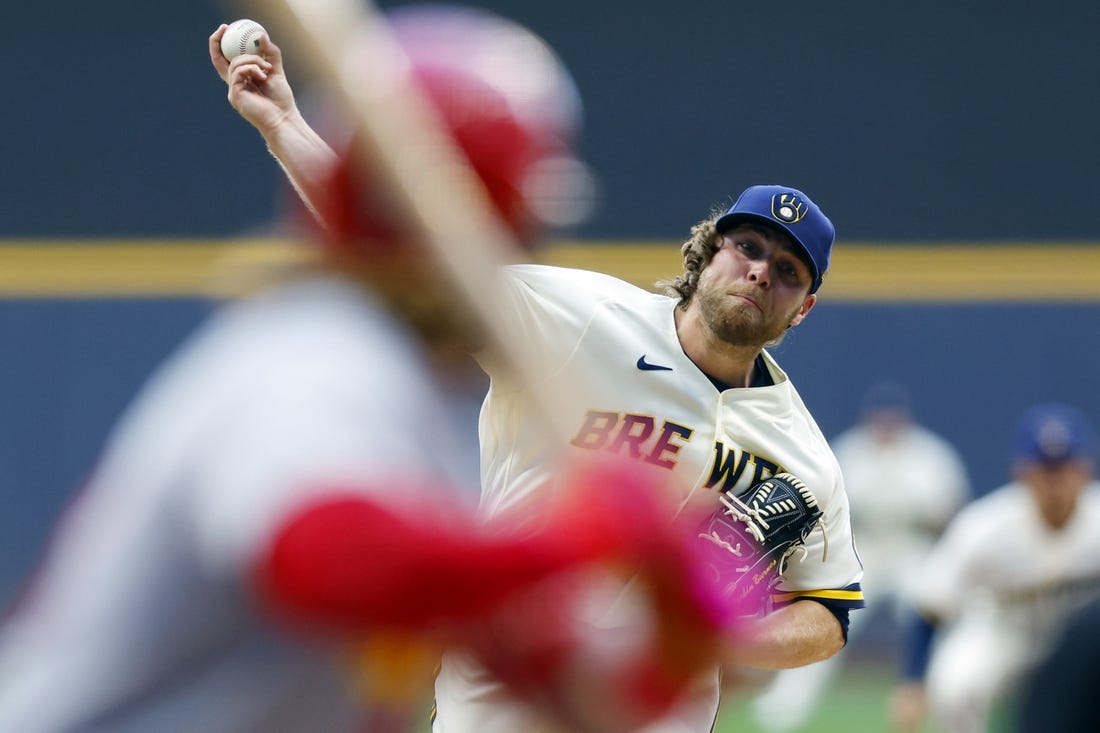 Corbin Burnes tossed seven scoreless innings and Tyrone Taylor belted a two-run home run to lift the Milwaukee Brewers to a 2-0 victory over the visiting St. Louis Cardinals on Monday night in the opener of the four-game National League Central showdown.

Burnes (5-4), the reigning NL Cy Young Award winner, allowed two hits, struck out 10 and walked two as the Brewers moved back into first place, a game ahead of the Cardinals. It was Burnes’ fifth double-digit strikeout game this season.

In two starts this season against St. Louis, Burnes has not allowed a run in 14 innings, giving up four hits while striking out 21.

Devin Williams pitched a perfect eighth for his 16th consecutive scoreless outing and Josh Hader finished for his 20th save in 21 opportunities.

Brendan Donovan reached on an infield single to open the ninth against Hader after a review overturned the groundout to second. Donovan then appeared to advance on a wild pitch, but was called out after another review.

Miles Mikolas (5-5), who came within one out of a no-hitter in his previous start, allowed two runs on four hits in 6 1/3 innings, striking out three and walking two.

Taylor, who assumed the primary center field role when veteran Lorenzo Cain was designated for assignment over the weekend, put the Brewers up 2-0 in the fifth inning with his seventh homer. Keston Hiura singled to center with one out and Taylor followed with a two-run shot, sending a 2-2 pitch from Mikolas 416 feet to center.

Mikolas did not allow a hit until Willy Adames’ lead-off double in the fourth.

The Cardinals’ only threat against Burnes came in the second when Juan Yepez doubled with two outs and Dylan Carlson walked, but Burnes fanned Harrison Bader to end the inning.