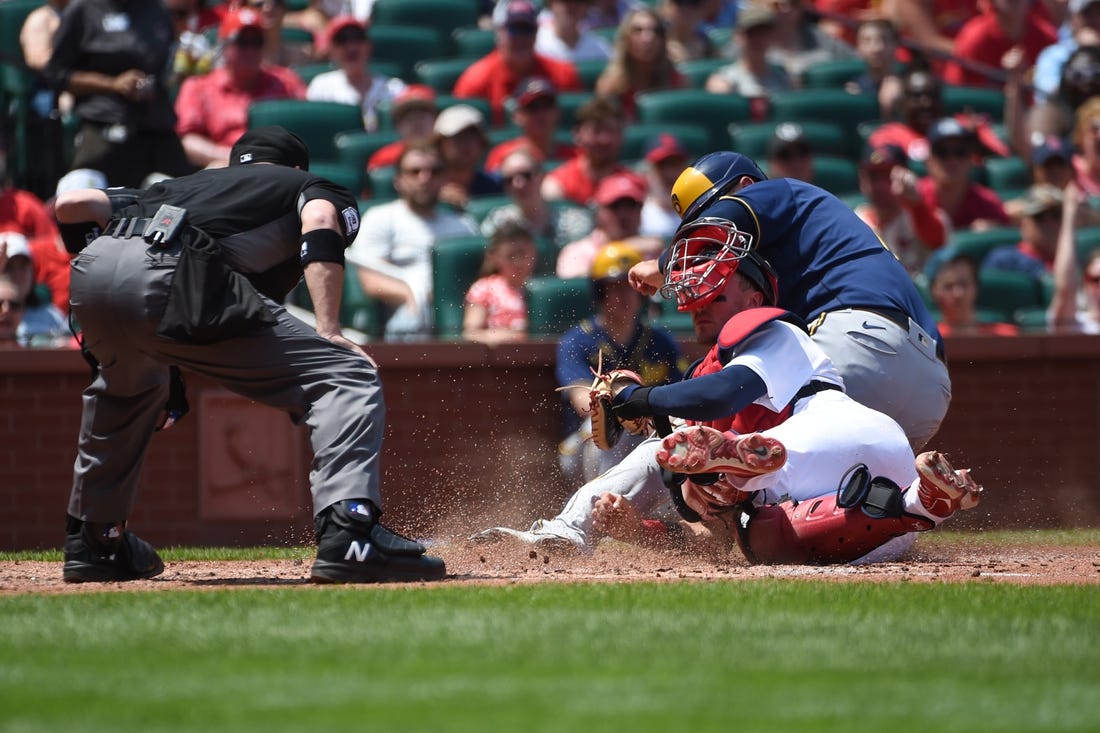 The first-place Brewers increased their National League Central lead over the second-place Cardinals to 3 1/2 games.

Burnes (3-2) struck out 11 batters and walked only one. Hoby Milner and Brent Suter pitched a scoreless inning each to complete the shutout.

Milwaukee took a 1-0 lead in the second inning when Tyrone Taylor hit a two-out single and Omar Narvaez followed with an RBI double into the right field corner.

The Cardinals used a fielding gem in the fourth inning to stay within a run. Rowdy Tellez hit a two-out single and tried to score when Taylor hit a double into the right-center field gap, but Tommy Edman’s relay throw to catcher Andrew Knizner caught Tellez sliding into home.

The Cardinals threatened in their half of the inning when Nolan Gorman drew a two-out walk and Juan Yepez hit a double. But Burnes coaxed an inning-ending flyout from Donovan.

The Brewers gave Burnes working room in the fifth inning. Narvaez walked, Cain hit a single and Peterson launched his three-run homer to make it 4-0.

Milwaukee chased Mikolas from the game in the sixth inning. Tellez hit a solo homer, Narvaez hit a triple and Cain reached on an infield RBI single to score Narvaez and make it 6-0.

Cain’s two-run homer off reliever Nick Wittgren in the eighth inning boosted the lead to 8-0.

Paul Goldschmidt hit a ninth-inning single to extend his hitting streak to 20 games and his on-base streak to 34 games.