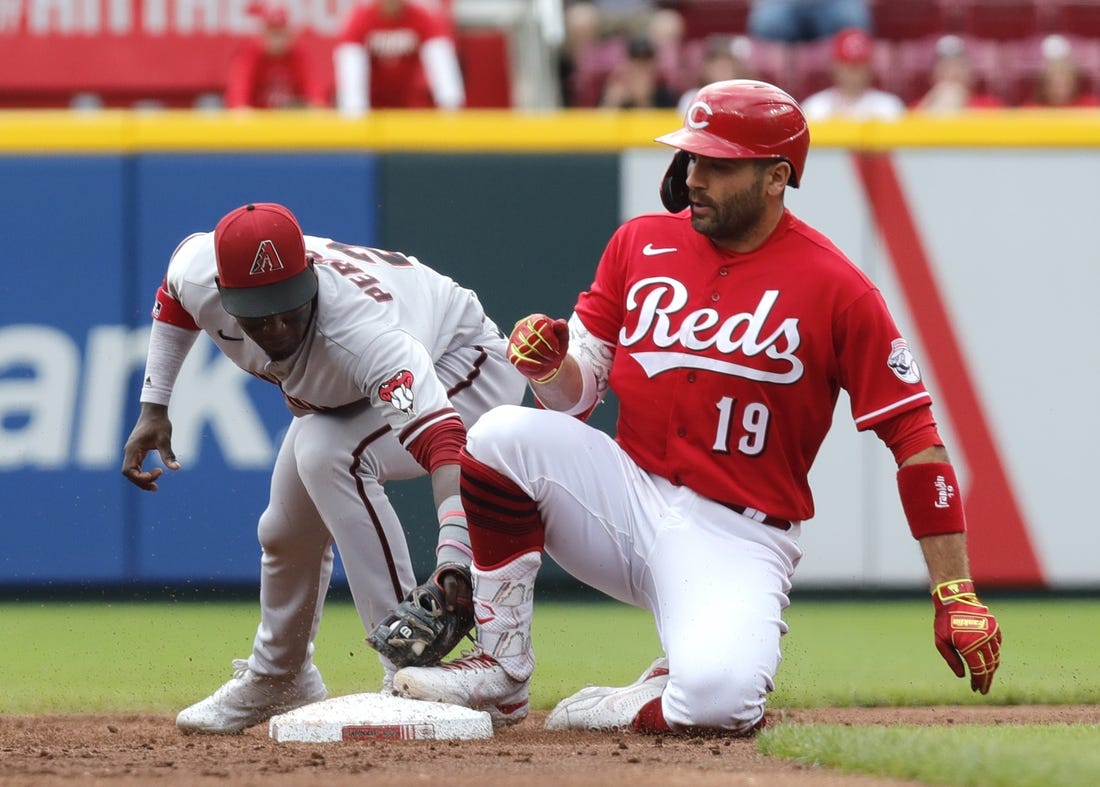 Josh Rojas singled in the tying and go-ahead runs in a four-run ninth inning as the visiting Arizona Diamondbacks rallied from a three-run deficit to beat the Cincinnati Reds 5-4 on Thursday.

After Alek Thomas singled home Pavin Smith, Santillan’s throwing error to second base on a fielder’s choice put runners on first and second and none out.

A Daulton Varsho bunt moved the runners to second and third before Rojas put Arizona ahead with a single to center. David Peralta’s RBI grounder later made the Diamondbacks’ lead 5-3.

Mark Melancon (2-6) pitched a scoreless eighth for the win while Ian Kennedy pitched around a Matt Reynolds solo two-out homer in the ninth for his fourth save in six chances.

The red-hot Joey Votto had two hits and knocked in two runs for the Reds, who finished 3-5 on the homestand. Votto extended his hit streak to eight games.

Cincinnati hard-luck starter Tyler Mahle allowed just one run over six innings. Mahle fanned a season-high 10 and recorded his third straight quality start and fifth in his last six. Smith broke up the shutout when he lofted a Mahle fastball off the right field foul pole to lead off the fifth.

Mahle was victimized by a bullpen blown lead for a team-high fourth time and third straight start. Alexis Diaz worked around a leadoff walk in the seventh and pitched two scoreless innings before Santillan blew the game in Arizona’s four-run ninth.

Diaz hit Arizona designated hitter Christian Walker in the helmet with a 96-mph fastball in the eighth, forcing Walker immediately out of the game and to the clubhouse for examination.