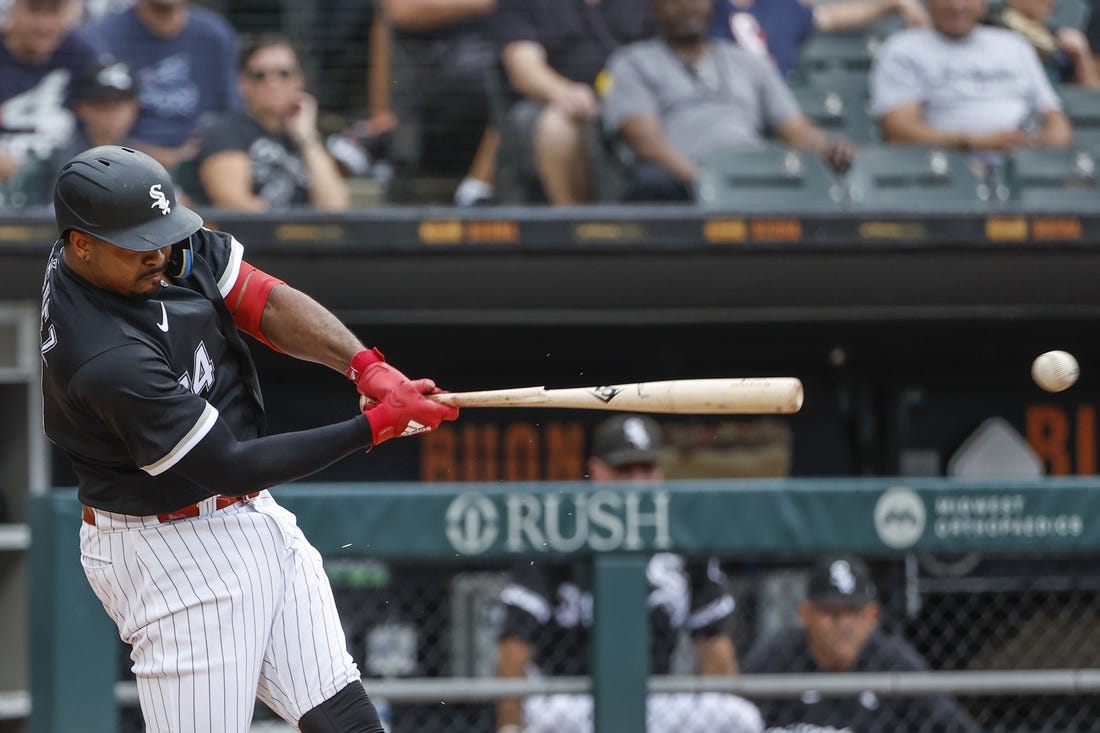 All the pieces are in place for the Chicago White Sox to make a run at winning the American League Central Division. It’s just a matter of keeping everyone on the field.

The encouraging news for the White Sox during the four-game series with the Texas Rangers in Arlington, Texas, is their core position players have been in the lineup together for the first time this season.

For the White Sox, it’s a welcome sight for Luis Robert, Jose Abreu, Eloy Jimenez, Tim Anderson, Yoan Moncada and Yasmani Grandal to be in the same lineup. This is what the club envisioned in spring training, but injuries prevented that from happening.

Jimenez’s home run in the fourth inning on Friday was the difference in the White Sox’s 2-1 win, evening the weekend series at one game each.

“We are a good team,” Abreu told MLB.com through an interpreter. “Right now, our goal has to be trying to stay healthy. If we stay healthy, and stay on the field, we know we’re going to be good.”

Game three of the series is set for Saturday night, the White Sox enter tied for second place in the Central with the Cleveland Guardians, two games behind the Minnesota Twins. The pitching matchup features Michael Kopech (4-7, 3.12 ERA) for the White Sox and Dane Dunning (1-6, 4.30) for the Rangers.

Dunning was with the White Sox in 2020, but after that season, the right-hander was dealt to the White Sox as part of the Lance Lynn trade.

This will be Dunning’s second appearance against his former club. In an April 2021 start, the right-hander was tagged for five earned runs in 2 2/3 innings.

Overall, it’s been an up-and-down season for the Rangers, who now find themselves looking more toward the future.

“Our general intent was to help this club this year, as well as build for the future and really address putting together pieces that could help us win in ’23 and beyond and as well as this year,” Jon Daniels, the Rangers president of baseball operations, told the media after Tuesday’s trade deadline. “I think how we’ve played here the last couple of weeks and just the nature of the standings, our focus shifted slightly from that to more players that would be here in ’23 and beyond.”

Kopech has faced the Rangers four times in his career, with two starts, with a 1-0 record and 1.17 ERA.

Earlier this year, on June 12, the right-hander exited a start against Texas after two-thirds of an inning due to right knee discomfort.

Rangers reliever Jonathan Hernandez, who is getting save opportunities, is aiming to mix his pitch sequence more. The right-hander has a sinker that reaches 99 mph, and to prevent hitters from sitting on the pitch, he’s mixing in his slider and changeup earlier in counts.

“I think it just adds an element of surprise,” Rangers manager Chris Woodward said during his pregame radio show. “You don’t know what’s coming. It’s 99 (sinker) and a 91-mph slider, and a 90-mph changeup that goes straight down. It’s a really tough task to hit that guy.”