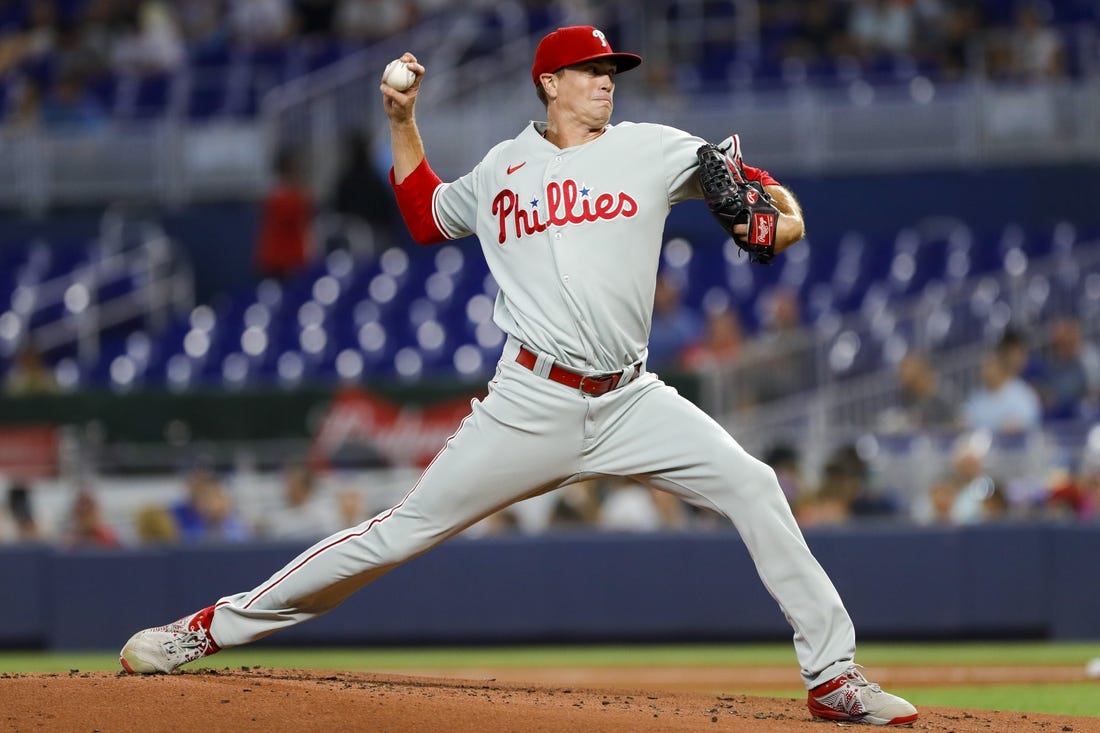 J.T. Realmuto beat his former team with a go-ahead RBI double in the seventh inning off of All-Star Sandy Alcantara as the Philadelphia Phillies rallied to defeat the host Miami Marlins 2-1 on Friday night.

Realmuto went 3-for-4 as the Phillies snapped a four-game losing streak.

Alcantara (9-4), who carried a one-hit shutout into the seventh, took just his second loss over the past two months. He allowed four hits, two walks and two runs in eight innings, while striking out 12. He also went at least seven innings for the 13th straight game.

Kyle Gibson (5-3) earned his first win since June 10. He allowed four hits, one walk and one run in six innings, striking out five.

Jose Alvarado, Brad Hand and Seranthony Dominguez (fourth save) each pitched a scoreless inning to nail down the victory.

Alcantara retired the first 13 Phillies before Realmuto lined a single off the glove of diving first baseman Garrett Cooper. However, Realmuto was erased on an inning-ending grounder hit by Bryson Stott.

The Phillies nearly got something going with one out in the sixth, when Didi Gregorius scorched a ball toward the right-field corner. But Garcia made a running snow-cone catch just in front of the fence.

In the seventh, the Phillies took a 2-1 lead. Rhys Hoskins drew a four-pitch walk with one out and advanced to second on a single by Nick Castellanos. Hoskins scored on Darick Hall’s double just inside the left-field line, but Castellanos was out at the plate as Jorge Soler got the ball to shortstop Miguel Rojas, who fired home. Castellanos ran through a late stop sign by Phillies third-base coach Dusty Wathan.

Even so, Realmuto kept the rally going with an RBI double on a grounder that was smashed past third baseman Anderson’s backhand.

Miami, which had its two-game win streak snapped, had 10 batters go down in order entering the ninth.

Then, in the final frame, Miami loaded the bases with one out when Dominguez walked Jorge Soler, Garcia and Anderson consecutively. But Dominguez got pinch-hitter Jesus Sanchez to ground into a force at the plate, then struck out Rojas swinging to end the game.