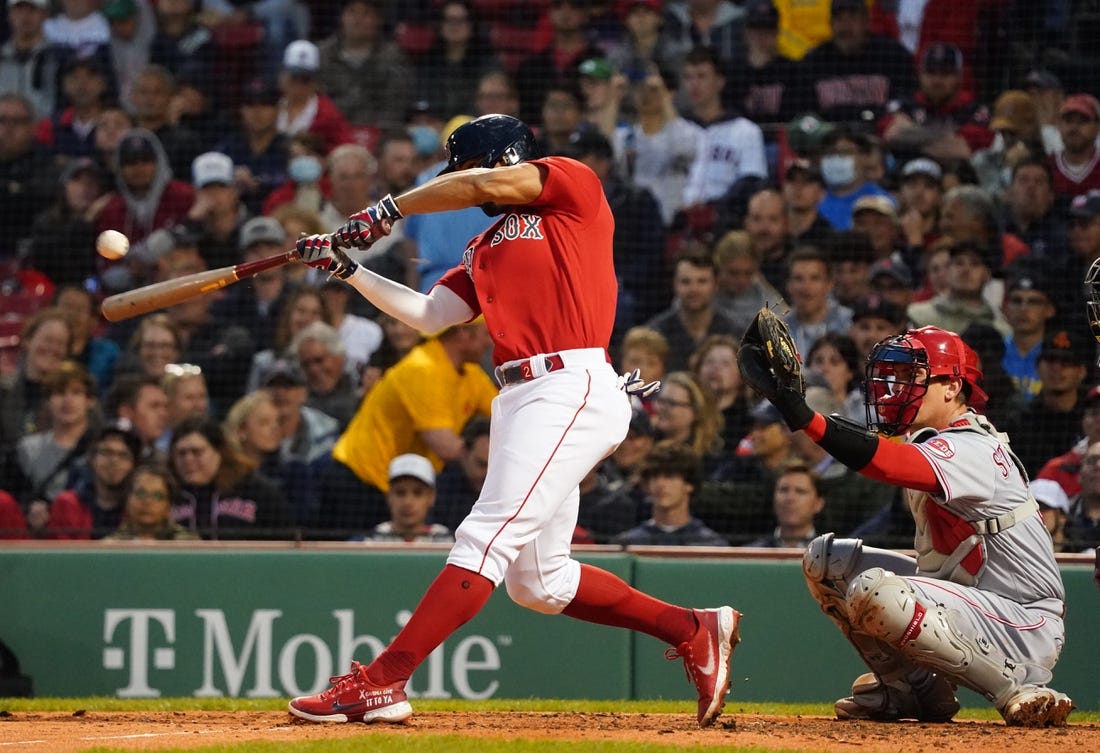 Jackie Bradley Jr. broke the game open with a three-run triple and drove in four, and Garrett Whitlock threw six strong innings to lead the Boston Red Sox past the visiting Cincinnati Reds 7-1 on Wednesday.

Whitlock (2-1) allowed only an unearned run and five hits over six innings to earn his first win as a starter this year. The right-hander used his sinking fastball to generate double-play balls in each of the first two innings and three in total. He had no strikeouts and no walks.

Alex Verdugo added two doubles, two RBIs and two runs for the Red Sox, who earned a split of the two-game interleague series.

Cincinnati starter Hunter Greene (2-7) and Whitlock engaged in a pitchers’ duel over the first three innings.

Greene struck out the side in the first inning, and seven of his first nine outs were strikeouts. He threw 13 pitches of at least 100 miles an hour.

The Red Sox finally solved the hard-throwing right-hander in the fourth, as the first four batters reached on hits and all four scored. Xander Bogaerts singled home Rafael Devers for a 1-0 lead. Verdugo’s double scored two more, and Bradley’s single capped the four-run explosion for a 4-0 lead.

Greene could not finish the inning, as he was pulled for Luis Cessa. The Reds starter was charged with four runs on six hits in 3 2/3 innings. He struck out eight and walked none.

The Reds scored their third unearned run of the series and first of the night in the sixth. Aristides Aquino singled to left, stole second and advanced to third on a bad throw from catcher Christian Vazquez. Nick Senzel’s grounder to first scored Aquino and cut Boston’s lead to 4-1.

Boston’s Tanner Houck held Cincinnati scoreless in the seventh and eighth. John Schreiber worked around a single in the ninth.

Brandon Drury and Aquino each had two hits for the Reds, who failed to score an earned run of Boston pitching in 18 innings over the two-game set.

With the win, the Red Sox improved their all-time interleague record against the Reds to 13-2 since Cincinnati beat Boston in the 1975 World Series.