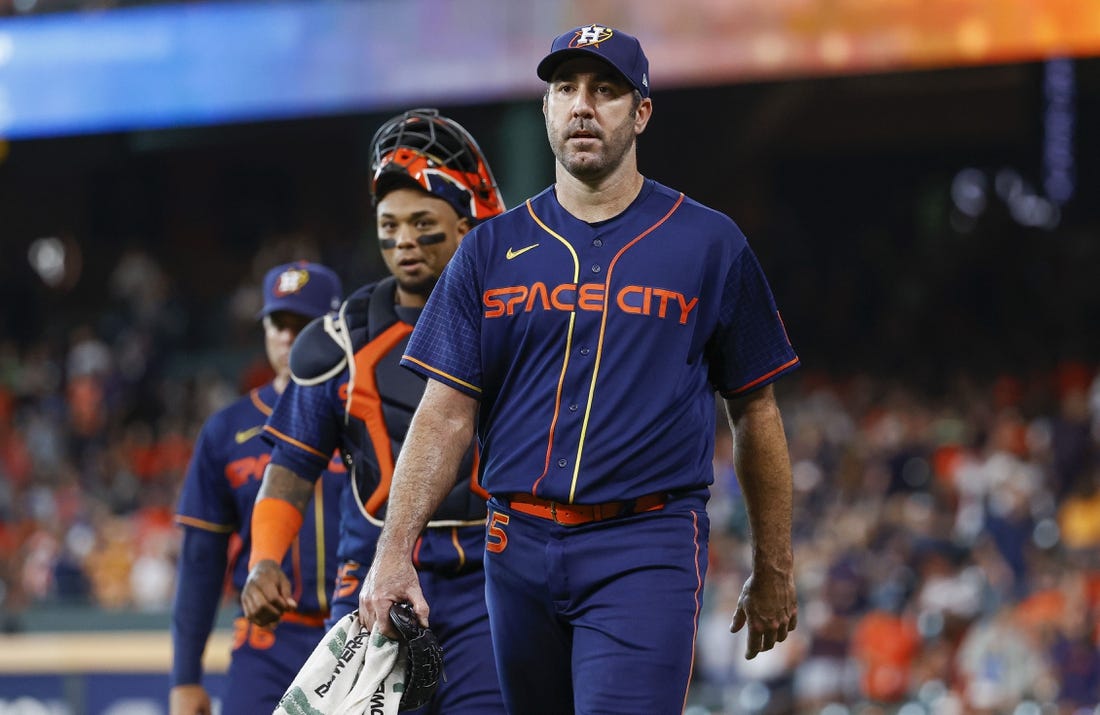 Verlander (12-3) produced his sixth scoreless outing in 17 starts this season, winning his fourth consecutive start by limiting the Athletics to six hits while recording 10 strikeouts over six innings.

It marked just the second double-digit strikeout performance of the season for Verlander, who moved past Curt Shilling and Hall of Famer Bob Gibson into 14th place on the career list with 3,121 strikeouts.

Verlander fanned at least one batter in every inning excluding the fifth, when he surrendered consecutive singles to Dermis Garcia and Nick Allen to open the frame. Yet, he induced a double-play grounder off the bat of Athletics third baseman Vimael Machin and then got Ramon Laureano to pop out.

Verlander finished his outing with a flourish, striking out Sean Murphy, Seth Brown and Elvis Andrus in the sixth.

In pushing his career record to 238-132, Verlander allowed just one extra-base hit (a one-out double to Laureano in the third), and generated 19 swinging strikes among his 106 pitches. He relied largely on a three-pitch mix of four-seam fastballs (44), sliders (31) and curveballs (24) while mixing in seven changeups.

Athletics left-hander Jared Koenig (1-3) retired the Astros in order in the bottom of the first inning and got a quick two outs to open the second before Yuli Gurriel started a two-out rally with a single and Jake Meyers followed with a sharp single to left. Chas McCormick then produced with a five-pitch walk to set the table for Maldonado.

Maldonado provided Verlander all the run support he would need by drilling a 1-0 sinker from Koenig 416 feet to center, his ninth home run of the season for the 4-0 Astros lead. Koenig retired Houston in order in the third, fifth and sixth innings but surrendered a run-scoring single to McCormick in the fourth that drove in Diaz, who had worked a leadoff walk.