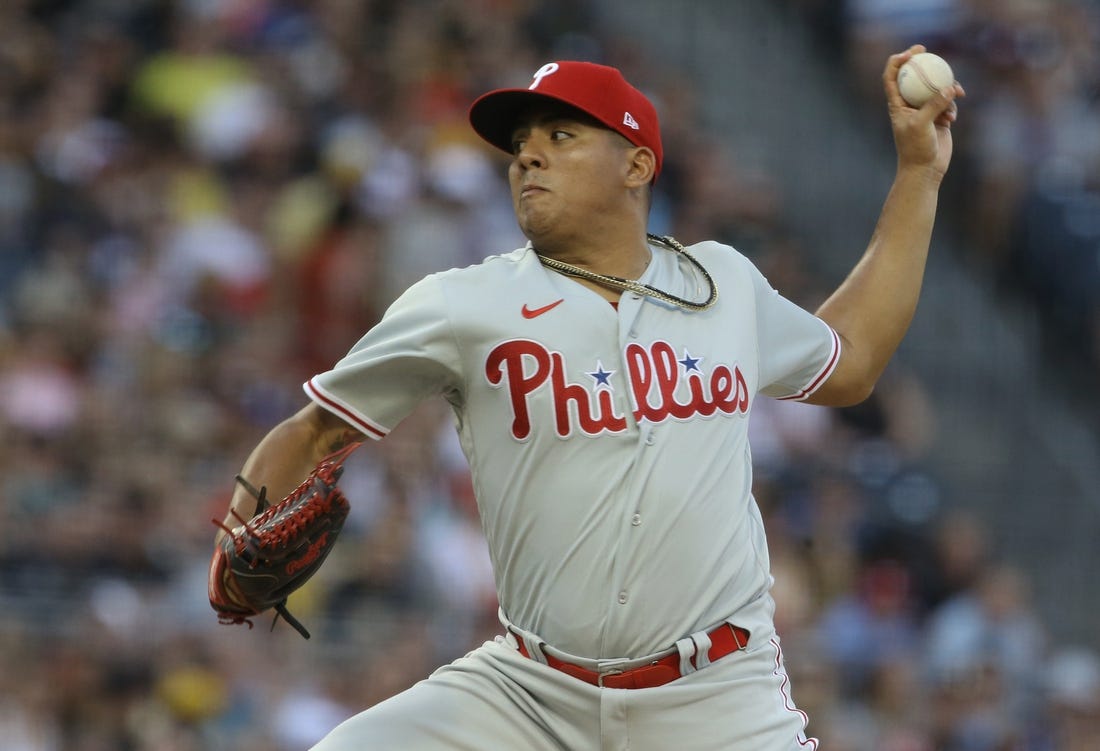 An error in the 10th inning brought home the go-ahead run as the visiting Philadelphia Phillies extended their win streak to four games on Saturday with a 2-1 win over the Pittsburgh Pirates.

In a 1-1 tie with Yerry De Los Santos (0-3) on the mound, Matt Vierling hit a grounder toward shallow right. First baseman Michael Chavis fielded it and threw over to third to try to cut down automatic runner Didi Gregorius, but the ball scooted past third baseman Ke’Bryan Hayes, allowing Gregorius to score.

J.T. Realmuto hit a solo homer for the Phillies, who have won the first three games of a four-game series.

Cal Mitchell homered for the Pirates, who have lost six straight.

Pittsburgh starter Mitch Keller gave up one run and five hits in six innings with three walks and three strikeouts. He has made 19 consecutive starts at home without a win.

Suarez had a perfect game into the fourth, setting down the first 11 hitters he faced. He also struck out the leadoff batter in each of the first four innings.

With two outs in the fourth, Hayes walked, and Chavis singled to left for the Pirates’ first hit. Suarez then hit Ben Gamel to load the bases but got Diego Castillo to fly out.

However, Keller had to continually work with runners on base — including a bases-loaded jam with just one out in the first — but kept getting by without yielding a run.

That is, until the sixth, when Realmuto led off with his 10th homer of the season for a 1-0 Phillies lead.

With two outs in the seventh, Mitchell homered to right to bring Pittsburgh even. It was Mitchell’s fourth homer of the season and second of the series.