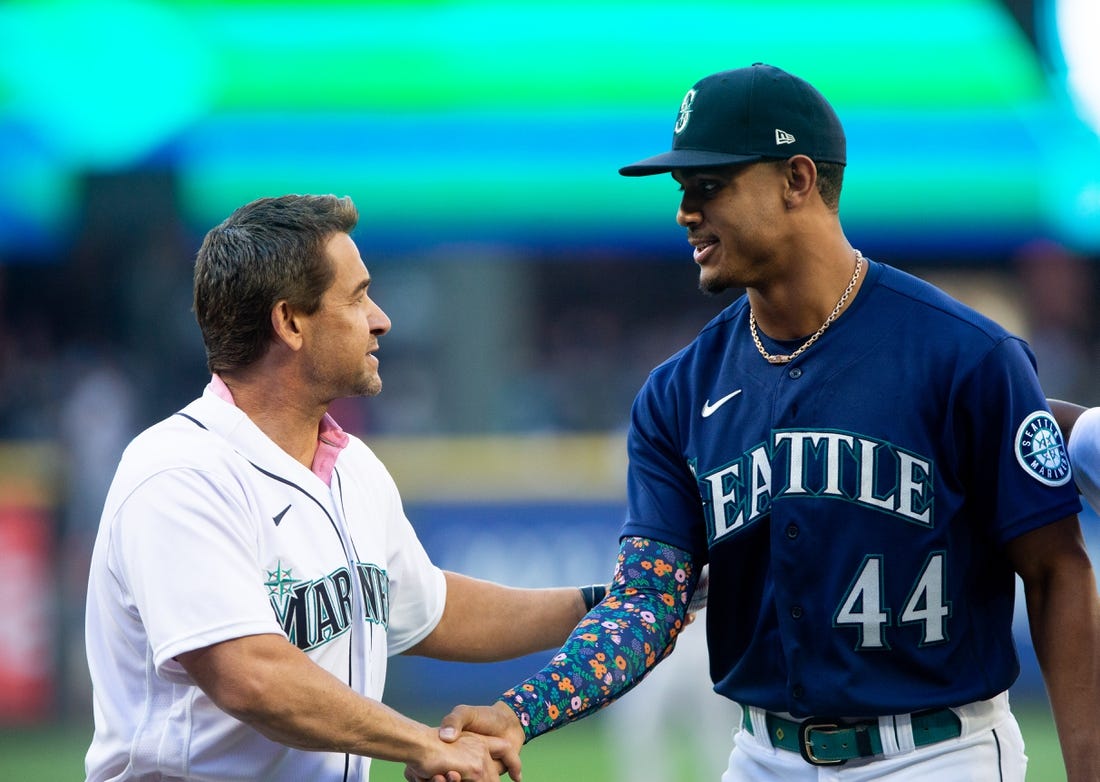 The legend of Julio Rodriguez continues to grow.

The Seattle Mariners’ rookie, who became a national sensation when he hit 81 balls over the fence at Dodger Stadium in a second-place finish to Washington’s Juan Soto in the Home Run Derby on Monday, was a late scratch before Friday’s series opener against the visiting Houston Astros because of left-wrist soreness.

Without Rodriguez, the Mariners had their 14-game winning streak snapped — one shy of the franchise record set in 2001.

The Mariners hope Rodriguez can return when they take on the Astros on Saturday.

After Friday’s 5-2 loss to Houston, Mariners manager Scott Servais revealed that Rodriguez actually was hurt while trying to steal a base last Sunday against Texas.

That means he already was ailing when participating in the Home Run Derby.

“We knew coming to the ballpark (Friday) that it was going to be something to keep an eye on,” Servais said. “It was a little tender. He took BP, and the training staff felt it wasn’t worth it. It’s not the same without Julio at the top of our lineup, but it wasn’t worth the risk of running him out there.”

Instead, the Astros put on a Home Run Derby of their own Friday, with Jose Altuve, Yordan Alvarez and Martin Maldonado hitting solo shots off Marco Gonzales.

The American League West-leading Astros, who lead the second-place Mariners by 11 games, improved to 3-0 since the All-Star break. They swept a doubleheader from the visiting New York Yankees on Thursday.

“The crowd was into it,” Astros manager Dusty Baker said of Seattle’s fans. “They were trying to urge them on for No. 15. But I’m just glad that we held on and won the game.”

The Mariners got good news on the injury front as Kyle Lewis, the 2020 AL Rookie of the Year, made his first appearance since May 28, when he sustained a concussion when hit by a pitch from Jose Urquidy — the same pitcher Seattle faced in the series opener on Friday.

Servais said he hopes Lewis, who started in right field, can play in the outfield “two or three times a week” and also be used as the designated hitter.

“He won’t play every day,” Servais said. “I think the plan is to continue to build him up, just endurance-wise and whatnot. He’s in right field (Friday) — with the day game (Saturday), probably won’t see him there.”

Gilbert is 2-1 with a 4.67 ERA in five career starts against Houston, with both victories coming this season.