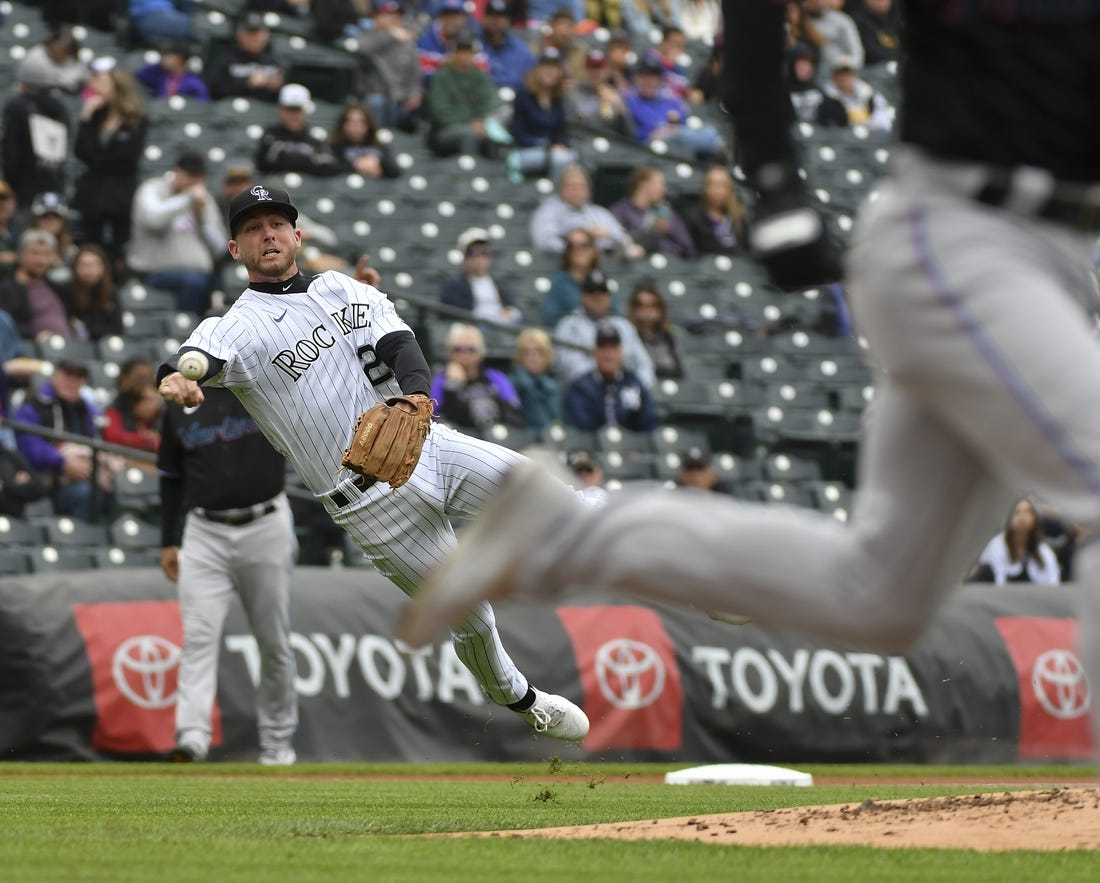 Jazz Chisholm Jr. drove in four runs, and Edward Cabrera flirted with a no-hitter, leading the Miami Marlins to a 14-1 win over the host Colorado Rockies in the first game of a doubleheader on Wednesday afternoon in Denver.

Cabrera made his 2022 debut, striking out a career-high nine batters. Cabrera (1-0), who made seven starts while making his MLB debut last year, held the Rockies to one hit, four walks and no runs over six innings while record his first major league win. He walked four and hit two batters.

With no one out in the sixth, C.J. Cron lined a single to left for Colorado’s only hit against the 24-year-old Cabrera.

Chisholm stroked an RBI single in the second inning, and he blasted a three-run homer in the fourth as the Marlins produced a season-high 21 hits.

Third baseman Luke Williams — recalled from Triple-A after Miami placed infielders Brian Anderson and Joey Wendle on the injured list earlier in the day — made his Marlins debut. Williams had a bunt single that contributed to Miami’s first run, and later he doubled and scored.

Miami opened the scoring in the second. Jon Berti started the inning with a single. With two outs, Williams bunted for a hit, and Chisholm drove an RBI single to right.

Rockies left fielder Sam Hilliard, who is 6-foot-5, jumped up and stole a potential solo homer from Jorge Soler in the third inning.

In the fourth, however, no one was catching Chisholm’s three-run homer to right, which was preceded by singles from Bryan De La Cruz and Nick Fortes. Soler then doubled to left — Hilliard nearly threw him out at second — and scored on Avisail Garcia’s bloop single to make it 5-0.

Williams led off the sixth with a double. Garrett Cooper and Soler then hit RBI doubles, and Jesus Sanchez stroked a run-scoring single for an 8-0 lead.

The Marlins broke the game open with a six-run seventh. They got Cooper’s two-run single, an RBI single from Soler and De La Cruz’s two-RBI double in the inning.

Colorado finished with three hits. Brendan Rodgers extended his hit streak to 18 games with a ninth-inning double, and he scored on Jose Iglesias’ single.