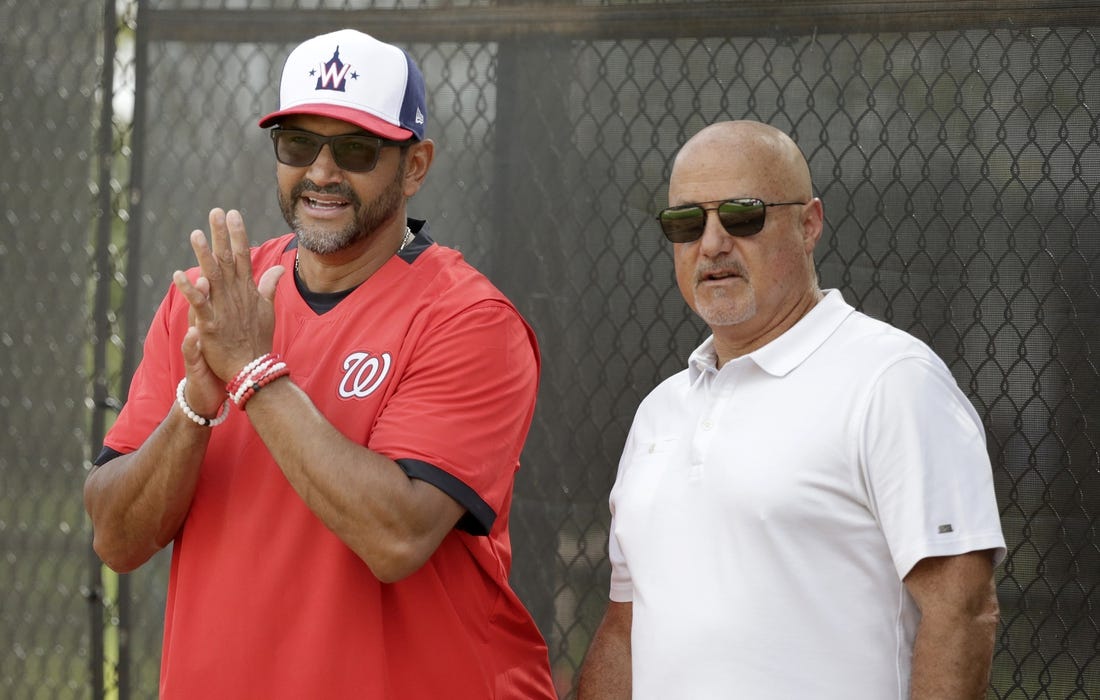 Martinez, 57, is in his fifth season with Washington and entered Saturday with a 295-330 record with the team.

Rizzo, 61, is in his 14th season as the head of the Nationals’ baseball operations.

Together they helped the franchise win its first World Series championship in 2019.

“Mike and Davey have been leading the Washington Nationals for several years and it is only right to continue with them at the forefront,” Nationals managing principal owner Mark D. Lerner said in a news release.

“Mike has led us through many different phases of our organization and we believe his work during this current phase will pay off in the end. Davey has done a tremendous job in the clubhouse and in the dugout for five seasons. His continued determination and unwavering support of his players makes us proud. We are lucky to have Mike and Davey leading the way.”

Martinez will earn a reported $3.5 million in 2023, making him one of baseball’s highest-paid managers.

The Nationals entered Saturday’s game against the visiting Miami Marlins in last place in the National League East with a 29-50 record.