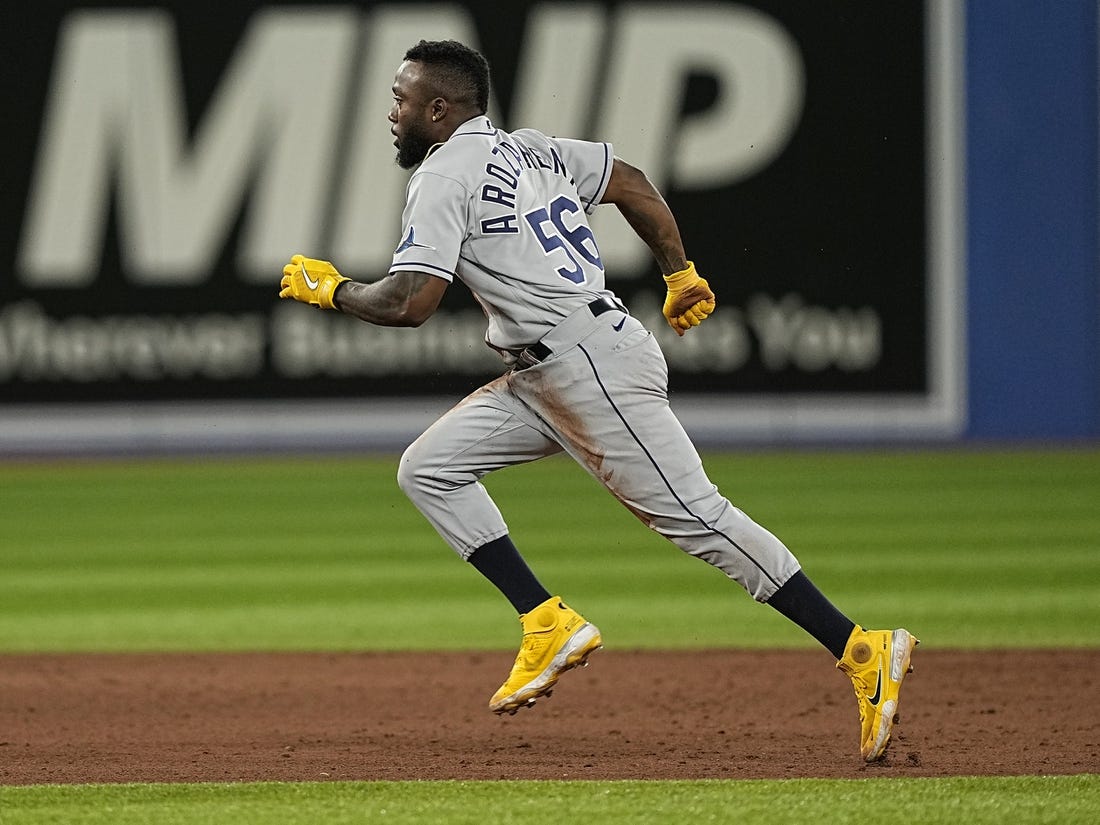 Raimel Tapia led off the bottom of the eighth with a single against Jason Adam (2-3) and stole second. Two outs later, Bichette hit his 24th home run of the season.

Rays right-hander Cooper Criswell, making his second career major league appearance, allowed one run, two hits and one walk with four strikeouts in 3 1/3 innings. He pitched in one game for the Los Angeles Angels last year, and he was promoted from Triple-A Durham on Monday to make a spot start.

Consecutive one-out singles by David Peralta, Manuel Margot and Jonathan Aranda gave the Rays a 1-0 lead in the top of the second.

Criswell retired the first nine batters he faced before allowing a leadoff walk to George Springer in the fourth. Vladimir Guerrero Jr. and Bichette followed with singles to tie the game. JT Chargois replaced Criswell with one out and induced an inning-ending, double-play grounder from Teoscar Hernandez.

Randy Arozarena singled with one out in the top of the sixth. He advanced to third on catcher Danny Jansen’s error on a needless throw to second on ball four to Peralta. Arozarena scored on Margot’s fielder’s choice.

Javy Guerra pitched around a two-out double by Vladimir Guerrero Jr. and a hit batsman (Bichette) in the bottom of the sixth.

The teams were warned when Berrios hit Francisco Mejia with a pitch to open the seventh. With one out, Berrios was replaced by Yimi Garcia, who ended the inning on a double-play grounder.

After Garcia hit Arozarena with a pitch with two outs in the eighth, Tim Mayza (7-0) entered and got Wander Franco to ground out to end the inning.

Jordan Romano, helped by a superb catch in center field by defensive replacement Jackie Bradley Jr., threw a 1-2-3 ninth for his 33rd save.