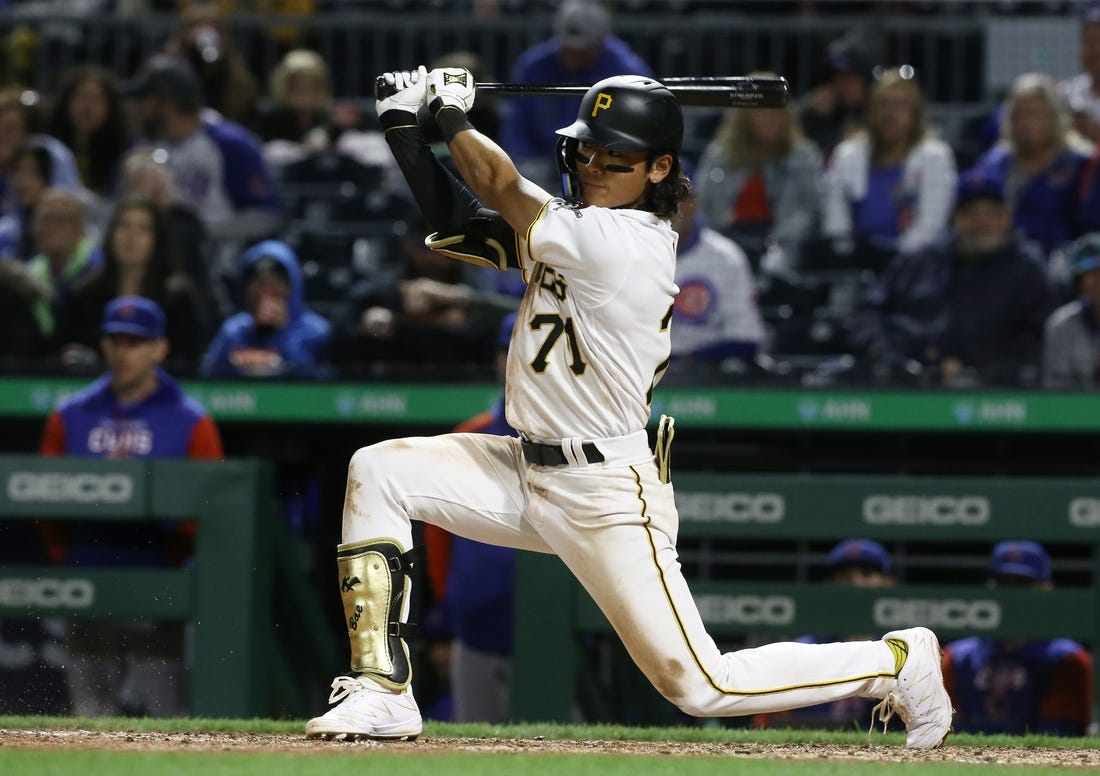 Halfway through their four-game series, the visiting Chicago Cubs and the Pittsburgh Pirates appear to be playing to their records.

Both are non-contending clubs, but the Cubs (66-85) are a little better than the Pirates (55-96) and have been stronger in the later stages of the season.

Chicago has won the first two games of the series, 3-2 on Thursday and 6-5 on Friday. The Cubs have won four straight overall, each by one run.

Pittsburgh, meanwhile, has dropped eight in a row. Only two of its previous six games entering this series — against the playoff-bound New York Mets and New York Yankees — were decided by one run.

Both clubs are taking a look at several rookies and other young players.

On Friday, Chicago second baseman Esteban Quiroz went 2-for-4 with a walk and a pair of RBI singles, including one that produced the deciding run in the eighth inning.

Also Friday, Pittsburgh could point to a bright spot from Ji Hwan Bae, who started at second in his major league debut. He finished 1-for-3 with his first career hit, a single in the ninth, a walk and his first two stolen bases.

“He did a really nice job,” Pittsburgh manager Derek Shelton said. “He brought some excitement, did some really good things.”

Bae was the 65th player used by the Pirates this year, which set a franchise record.

Miley, who was on the IL because of a shoulder strain from June 11-Sept. 5, has been limited to seven starts this year, but he has allowed three or fewer earned runs in each outing.

He is 0-1 with a 4.50 ERA in three starts since being activated. The loss in that stretch came Monday, when he gave up seven runs (three earned) and seven hits in three-plus innings against the Miami Marlins.

“I didn’t feel too bad,” Miley said. “Just didn’t execute pitches. Couldn’t get the ball in glove-side at all. I was fighting that the whole time, and then they made an adjustment and kind of gave up on that pitch and just started diving out over (the plate). I didn’t have any way to combat it.”

Miley, 35, has been troubled by injuries, so the Cubs are keeping a close eye on him down the stretch.

“With the history of how he’s been going, we want to be very cautious,” Chicago manager David Ross said. “He’s working as hard as you can on a start-to-start basis and wanted to make (these) starts, and we’re supporting him in that. Also, he’s allowed to have a bad outing, too.”

Miley is 5-4 with a 3.32 ERA in 14 career starts against the Pirates. He has faced them once this year, notching a win on May 16 when he tossed seven scoreless, one-hit innings while striking out six and walking none.

Oveido will be making his fifth start since he came over from the St. Louis Cardinals in an Aug. 2 trade. He is coming off a no-decision Sunday against the New York Mets, when he gave up three runs and five hits in four innings with six strikeouts and four walks.

Against the Cubs, Oviedo is 0-2 with a 4.91 ERA in six games, five of them starts, none while with Pittsburgh. He did oppose Chicago twice earlier this year for St. Louis, going 0-1 with a 5.40 ERA.